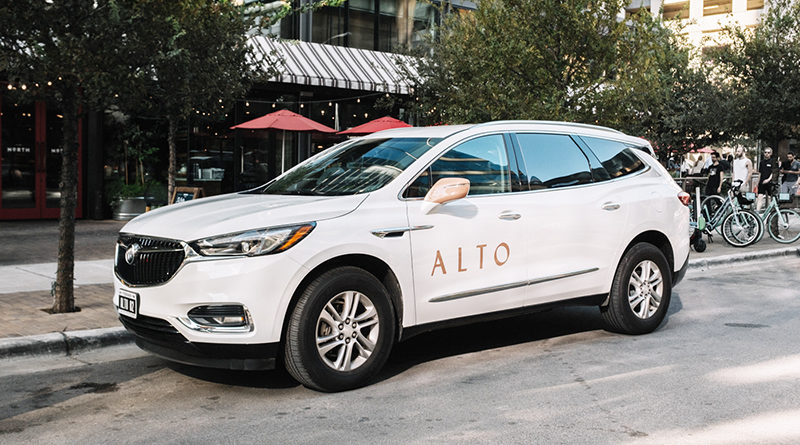 During lunch at East Hampton Sandwich Co., Will Coleman told his longtime friend that he was leaving his job as a consultant with McKinsey & Company to start a ride-sharing business that would compete with Uber.

She thought he was crazy.

(ABOVE: The founders of Alto, which made its Dallas debut in November, plan to expand to other markets. Courtesy photos)

“But the more I heard about the business and the idea, the more I thought, “This isn’t crazy. It’s just crazy true and crazy ambitious,” Park Cities native Alex Halbardier said. “He described the target customer, and it was me.”

This past November, the two launched Alto, a ride-hailing service, after raising nearly $15 million. What sets them apart, they say, is a focus on safety and hospitality more than the destination.

Coleman, who grew up in Preston Hollow and considers himself a natural problem solver, said he thought about the idea for Alto while leading McKinsey’s air and travel practice. In that role, he often worked with clients to understand the impact new mobility solutions would have on their business.

One question that continually stood out: Is there a viable option for a third mobility player in the United States?

“I was honestly surprised when the research showed there was,” the Jesuit Dallas alum said.

The research also pointed to a target audience: women, who according to the data were half as likely to be active users of current mobility platforms because of safety concerns.

He described the target customer, and it was me. -Alex Halbardier

“So, we’re working to create something that uses a totally different business model to disrupt the disruptors,” Halbardier said.

To fill that service gap, the duo said they are entirely rethinking the business model in the space today. For example, the other platforms for ride-sharing are technology companies.

“Alto is a service company enabled by elegant technology,” Coleman said. “Technology features like panic buttons admit a problem exists, but don’t solve the root cause. Instead, we’re focused on redefining the model entirely to create a different experience for passengers and drivers.” Two of the ways the company is doing that is purchasing the vehicles and hiring the drivers.

“We believe that to solve the passenger need for safety, consistency, and quality requires that we also redefine the driver experience. We take care of the drivers so that they can take care of our customers,” Coleman said.

Alto’s employee drivers get access to benefits such as social security and workman’s compensation. The company also pays 100 percent of healthcare premiums and offers time off.

While in its first phase, Alto is available only in the Dallas metro areas. For more information, visit ridealto.com.