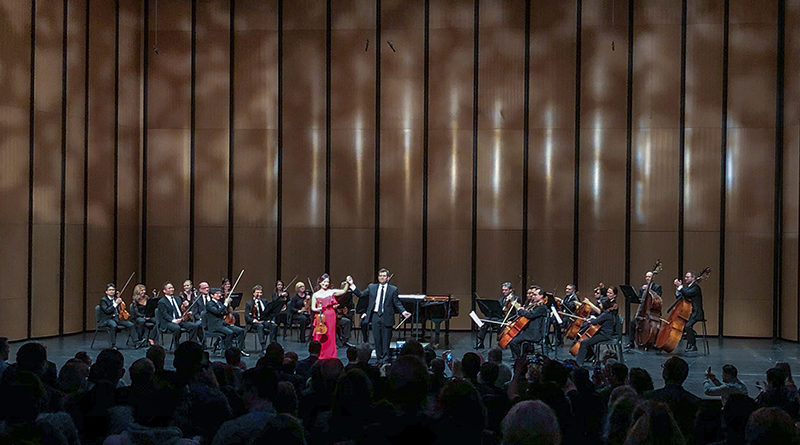 “Remember when violinist used to be so boring,” a woman in a fantastic black and white patterned coat turned around to tell me last night at the Dallas Chamber Symphony’s “Piazzolla’s The Four Seasons” concert.

That isn’t exactly how our conversation began, to be honest. I, of course, commented on her stunning coat, we talked about how I favor dresses to pants, and then we gushed about our excitement to see platinum artist and award-winning violinist Chee-Yun perform.

And yes, I do remember when violinist used to be boring.

Fun story; when I was a little girl my mom desperately wanted me to play the violin (my older sister played the cello, and my mom was grooming my brother to play viola. I think she wanted an in-home orchestra).

But I never had the passion for it. I found the music stale, the practicing boring, and I technically got kicked off the school band in the fifth grade for leaving my instrument on the playground one too many times.

After losing both of my parents around this time last year – one of whom I spent 13 years taking care of – I’ve been on this journey to find myself. To see what I’m passionate about, what moves me, and what makes me happy.

My sister and I have spent a lot of time exploring the arts (she’s on the journey too). Last night was a first for both of us to watch the Dallas Chamber Symphony perform.

Now, as I mentioned earlier, I was already excited to see Chee-Yun. I find her to be such a sassy performer who beautifully walks the line between classical techniques and avant-garde.

I wasn’t as sure about the Chamber Symphony because I’d never heard them before.

But, as soon as conductor Richard McKay announced that the music we’d hear was from composers well-known for “writing in a style other than their time – not en vogue,” I knew it would be good.

The 90-minute concert began with Howard Hanson’s Fantasy Variations on A Theme of Youth. The piece is the opening theme to Hanson’s early (1917) Concerto da camera for piano and string quartet, the set of variations was composed some 34 years after the original and comprised one of the composer’s most fully consummated works.

The piece was a wave of emotions for me. It was haunting. It was exciting. It was suspenseful. And it ended in a calm, smooth step. It was beautiful from start to finish.

My friend, you know the lady in the coat, leaned back after the performance and said to my sister and me, “pretty impressive for some strings.”

While listening to Chee-Yun was exhilarating itself, watching her perform was just as much a part of the show. She truly embodied the very hot and very passionate Tango music that is The Four Seasons of Buenos Aires (Astor Piazzolla). From her red dress that ruffled down the side to her dramatic playing through challenging cadenzas and solo passages – let us not forget to mention slapping pizzicatos and scratchy playing close to the bridge – to the way she just ripped broken hair from her bow; she sizzled.

The night ended with what McKay called a “fun piece he’d been looking forward to performing for a very long time” – Frank Martin’s Petite symphonie concertante.

Martin, he said, is known for making music that includes everything but the kitchen sink, so the final performance included a double string orchestra, solo harp, a piano, and a harpsichord.

The tonal piece, a quirky, modern take on the Baroque style, was a perfect way to end the night.

I don’t know about you, but I cannot wait to return for another show.

On March 23, the Dallas Chamber Symphony will perform Appalachian Spring and, by popular demand, will present a reprise of Harold Lloyd’s delightful romantic comedy “Bumping Into Broadway,” which will be screened to the orchestra’s live performance.

Tickets start at $24 and can be purchased here. 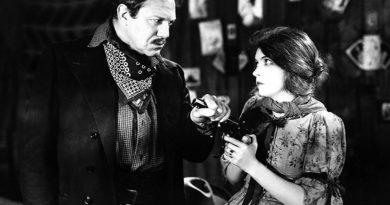 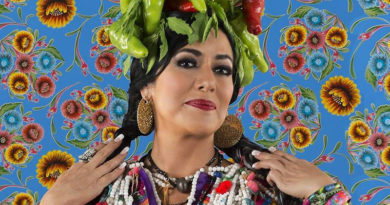