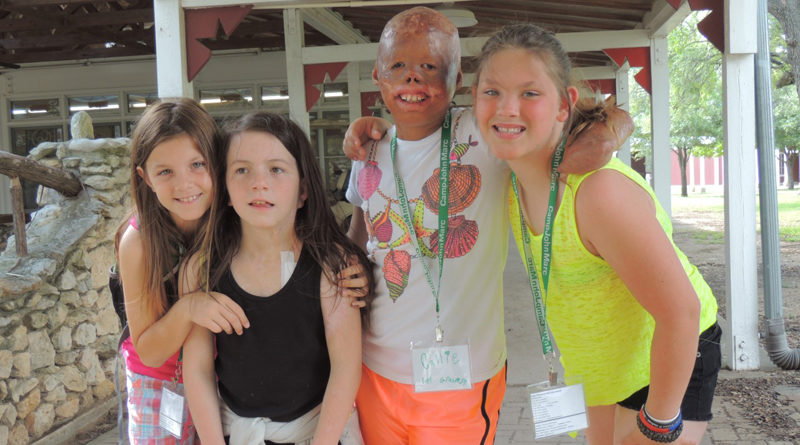 Watch an episode of ER, Grey’s Anatomy or just about any medical drama and chances are you’ll hear about the “Parkland burn formula.”

Developed by Charles R. Baxter, MD, the Parkland burn formula is used to estimate the amount of replacement fluid required for the first 24 hours in burn patients to ensure they remain hemodynamically stable – i.e. have a stable heart pump and good circulation of blood.

Used worldwide, the formula has become the universal standard by which providers treat patients with burn injuries.

“We have a long history of taking care of patients with burn injuries and many of our staff members have been here for decades,” said Christine Lane, RN, Burn Center Unit Manager. “We care deeply for our patients, many of whom spend days and even weeks in our care.”

Established in 1962, the Parkland Burn Center is the only adult and pediatric burn center in North Texas verified by the American Burn Association. The center houses a Burn Intensive Care Unit, Burn Acute Care Unit and a Burn Care Outpatient Center. The center’s staff is among those celebrating Parkland Health and Hospital System’s 125th anniversary this May.

In 2018, Parkland cared for more than 1,700 patients from 94 surrounding counties and more than 800 pediatric and adult burn patients were admitted to the hospital for inpatient care.

Lane, who began working at Parkland in 1980, left briefly in 1988 and returned in 1991, talks fondly of Baxter who retired in 1992 and entered private practice for the care of chronic wounds. Baxter, who died in 2005, was best known for his sense of humor and humble rapport with everyone. Although specifics are left to history, Lane recalls stories of a young burn patient who often fought with medical personnel over her wound care.

“Legend has it that Dr. Baxter promised the little girl if she did what she was supposed to do for her treatment, he’d get her a puppy,” Lane said. “After that, she did whatever she needed to do and true to his word, Dr. Baxter got her a puppy. He even snuck it into the burn unit so they could meet.”

From developing formulas that have saved burn patients worldwide to starting an annual camp where children with burn injuries can “just be a kid” and providing a puppy for a young patient, Parkland’s burn center staff has a long history of treating more than just the physical wounds; they treat emotional ones as well.

Each summer, Parkland burn center staff hosts Camp I-Thonka-Chi, Choctaw for “a place that makes one strong or fearless, not afraid to face life.” For more than 25 years, children and adults have eagerly anticipated the first week of June by attending Parkland’s camp, which welcomes youngsters ages six to 18 by providing a place for them to interact with peers who have similar circumstances.

During the week-long event campers build lifelong friendships, improve social skills and “simply have fun without being self-conscious of their scars or injuries,” said Donna Crump, PT, DPT, camp co-founder and director. “It’s a place where the kids can be, well, kids.”

Unlike some charity programs, Camp I-Thonka-Chi is not supported by a national organization. Children can attend for free thanks to the generous donations of Parkland employees and area donors.

Camp John Marc near Meridian, Texas, where the camp takes place, also helps with fundraising so more children can attend.

Nine campers attended the first camp, which was held over a three-day period in March 1991, and last year, 65 youngsters attended including 11 first-timers as well as a camper and counselor from Auckland, New Zealand.

It’s not just children who have an opportunity to share their feelings about the long-term effects of being a burn survivor. Parkland’s burn center also hosts an annual retreat for adult burn survivors, their family members or friends.

And like Camp I-Thonka-Chi, the retreat is free thanks to the generous support of donors through the Parkland Foundation. Twenty-seven people attended the 2018 retreat over a three-day period in October.

“All retreat activities are designed to provide a safe place for survivors to share their experiences,” said Stephanie Campbell, RN, Parkland’s Burn Program manager. “There is something magical that happens when a burn survivor connects with another burn survivor and realizes that they are not alone in their recovery.”

From its beginnings in the early 1960s, there has been a constant among Parkland’s burn center staff and the patients they care for – a sense of family.

“The burn center is unique among the medical specialties because we treat patients when they are admitted, through their clinic appointments and ongoing aftercare,” Lane said. “We get to know our patients and they get to know us because some of them are with us for so long. We become their family and they become ours.”

But is the tale of the girl with the dog true, or merely folklore?

“The stories must be true because there’s a photo in the burn unit of a little girl with a puppy,” Lane said.

Sons of the Flag, Parkland Team up to Improve Burn Care