After earning national acclaim as the standout star of NBC’s “America’s Got Talent” and “Penn & Teller: Fool Us,” “Piff The Magic Dragon” continues to win over audiences across the globe with his mythical mixture of wizardry, wit and sarcasm that ignites a one-of-a-kind comedy magic show you must see to believe.

Think Larry David in a dragon suit performing jaw-dropping magic tricks and you’re on the right track. Joined by his trusty sidekick Mr. Piffles, The World’s Only Magic Performing Chihuahua, the dynamic duo performs nightly at the world-famous Flamingo Casino in Las Vegas in the newly renamed Piff the Magic Dragon Theatre. 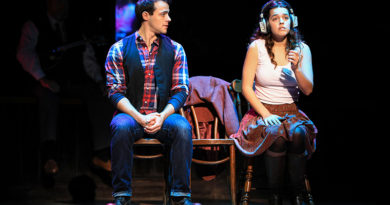 Falling in Love With “Once” the Musical