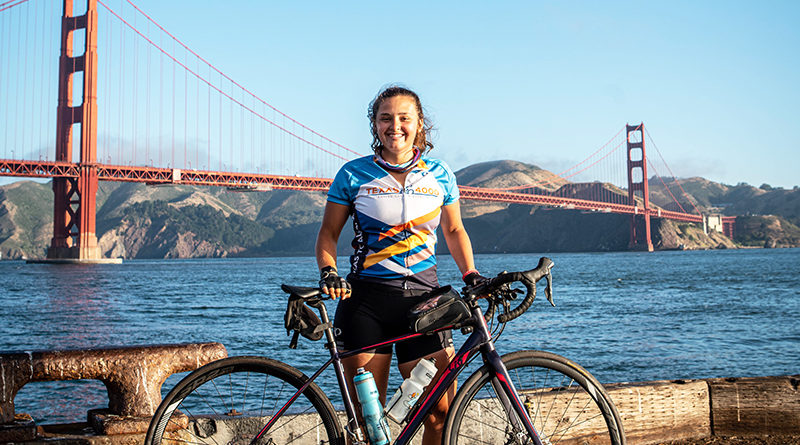 (ABOVE: Julie DeLaRosa and other University of Texas cyclists are using three routes to Alaska. DeLaRosa is taking the Sierra Route through New Mexico, Arizona, Utah, and Nevada on the way to California. Courtesy photo)

The tan is caused by her cycling uniform, which she had worn for 30 days as she biked from Austin to San Francisco – yes, San Francisco.

A senior at the University of Texas at Austin, DeLaRosa is part of Texas 4000 (T4K), an organization whose mission is to engage communities in the fight against cancer through organizing the longest annual charity bike ride in the world.

During the 18-month program, UT students are chosen to raise money, volunteer in their community, and plan their ride to Anchorage, Alaska. That’s right, Alaska.

“One of the biggest reasons we get on the bike every morning and continue to pedal even when the hills seem like they will never end is to spread hope that there will be a cure for cancer,” DeLaRosa said.

Throughout the 70-day ride, DeLaRosa will put on programs in the communities she bikes through to talk about cancer research. Her team’s fundraising efforts go towards research grants and donations to facilities.

“One of the biggest reasons we get on the bike every morning and continue to pedal even when the hills seem like they will never end is to spread hope that there will be a cure for cancer.” -Julie DeLaRosa The main pillars of T4K – hope, knowledge, and charity – are the reasons why DeLaRosa joined the organization. She’s definitely not doing it for the workout.

“Getting on the bike every morning, even when my legs feel like they can’t go another mile, has been one of the most difficult parts,” she said. “I joined because I connect with the mission, not because I enjoy biking.”

Another difficult part of her ride is being away from her family and community for over three months, something she has never done before.

“I have been fortunate to live in great neighborhoods and attend great schools where my neighbors and friends are like family. I would love to move back to Dallas eventually,” she said.

She has found a temporary family in her teammates and the people she’s met on the road. Communities have hosted movie nights for the riders and provided food and shelter as the 28 students make their way to Anchorage.

After the ride, DeLaRosa will head back to Austin to complete her degree in social work. She plans on applying to law school.

“I think the world is a beautiful place, but there are also times when it can be incredibly cruel,” she said. “We need to do better in acknowledging the injustices that take place.”

Though she probably won’t bike for a while, DeLaRosa will take with her the lessons she’s learned and the beautiful things she’s seen on the 4,000-plus-mile ride.

“My body is capable of so much more than I ever thought it was. And seeing the world from the seat of a bike is just incredible.” 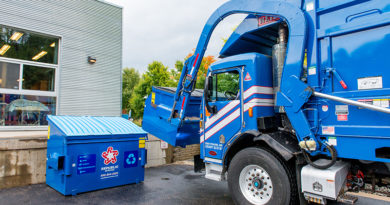 Following a Season of ‘Wishing,’ Recycle Only What’s Appropriate