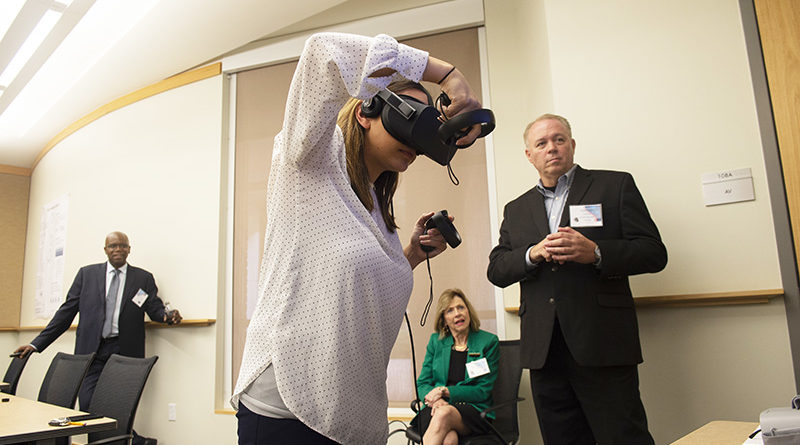 Researchers from SMU and elsewhere are using video game technology to tackle the problem of cervical cancer in sub-Saharan Africa.

One in five cervical cancer deaths worldwide occurs in the region, according to a news release. A critical shortage of trained surgeons there means women who have been diagnosed often wait months for hysterectomies while their tumors grow and progress.

“Radical abdominal hysterectomy is central to the treatment of early-stage invasive cancer of the cervix, a disease whose burden is the greatest in the world’s poorest countries,” said Eric Bing, SMU professor of global health.

There they used virtual reality technology designed initially for in-home computer gaming, which costs less than $1,000 per training station, to train and mentor surgeons.

With all of the talk nationally about college student debt, a new study from SMU puts numbers to the issue in Texas.

She found that graduates of public universities averaged $25,794 of undergraduate loan debt. That number jumped to $33,255 when including loans held by parents.

State leaders want to reduce that ratio to 60 percent by 2030.

However, Baker cautioned that they should be careful not to punish institutions that enroll higher percentages of historically underserved students. Such students tend to borrow more, she said.

For example, black students borrowed $7,214 more than their white peers.

This fall, SMU’s Meadows Museum, will present two exhibitions of masters of Spanish.

“These two exhibitions help us to better understand the ongoing taste and interest for Spanish painting,” said Mark Roglán, the Linda P. and William A. Custard Director of the Meadows Museum.

Beginning on Sept. 15, the museum will present “El Greco, Goya, and a Taste for Spain: Highlights from The Bowes Museum.” The exhibit includes 11 paintings produced by some of Spain’s most celebrated artists.

On Oct. 18, “Sorolla in the Studio” opens. The exhibition, examining the development of Joaquín Sorolla y Bastida’s distinctive modern approach, is anchored by the artist’s 1902 painting Female Nude. The privately-owned work is coming to the U.S. for the first time in more than 100 years.

SMU Professors Have a Hand in Presidential Debates

Yavneh Athletes Dedicate Time On & Off The Court