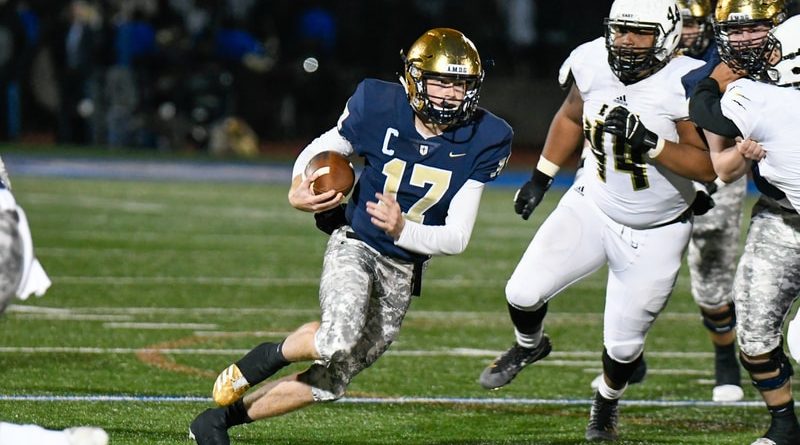 With its postseason future already secured, Jesuit finished off the regular season in style on Friday.

The Rangers held off a second-half rally by Plano East and surged ahead late for a 41-34 win at Postell Stadium.

The victory means Jesuit will host a Class 6A Division II bi-district playoff game on Nov. 15 against Garland Lakeview Centennial.

Jake Taylor scored the winning touchdown for the Rangers on a 15-yard run midway through the fourth quarter, breaking a 34-34 tie. It was the second touchdown of the game for Taylor, who is approaching 1,000 yards for the season.

Rance Holman was the other offensive standout for the Rangers (6-4, 4-2), accounting for three first-half rushing touchdowns and another through the air. Holman finished with a team-high 96 yards on the ground.

He also threw a 14-yard touchdown pass to Christian Allocco, who grabbed seven receptions overall for 82 yards. That score was set up by a Jack Barton interception on Plano East’s opening possession.

Jesuit led 27-13 at halftime against the struggling Panthers (1-9, 1-6), who lost their sixth consecutive game. But Plano East rallied twice to tie the game after halftime.

Dylan Hayden tossed three scoring passes for the Panthers before being replaced in the third quarter by Harrison Record, who ran for a 71-yard score on his first drive.

Record finished with a game-high 102 yards rushing, and also threw a touchdown pass. Trey Scott-Jones caught nine passes for 109 yards and a score, while Jaydon Nava had two touchdown receptions.

Jesuit played without one of its top offensive weapons, E.J. Smith, who had surgery last week for a broken hand. Smith missed the first two games of the season with a sprained ankle.