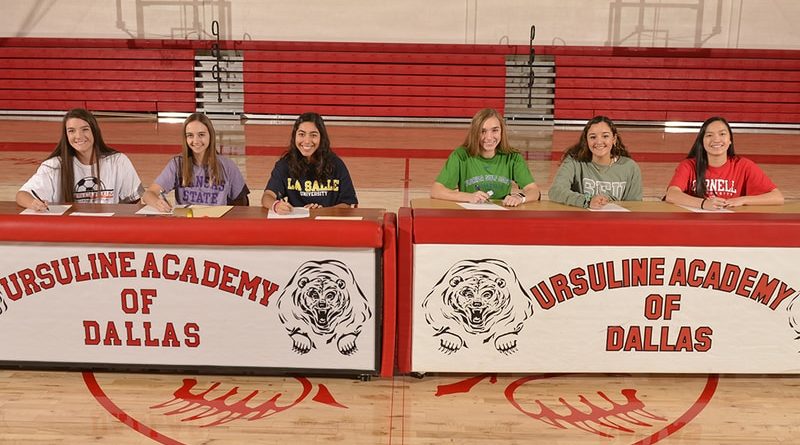 After just finishing a season in which it reached the TAPPS state quarterfinals, Ursuline had three volleyball players finalize their college destinations on Wednesday.

Mackenzie Morris (Kansas State), Isabella Lopez (La Salle), and Natalia Walls (St. Edward’s) all were among the athletes recognized for signing college scholarships during a ceremony in the school’s gymnasium. 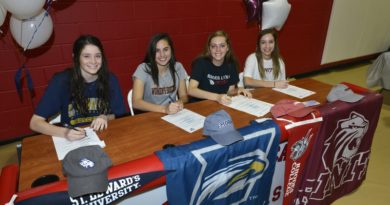 Ursuline Runs to a TAPPS Three-Peat