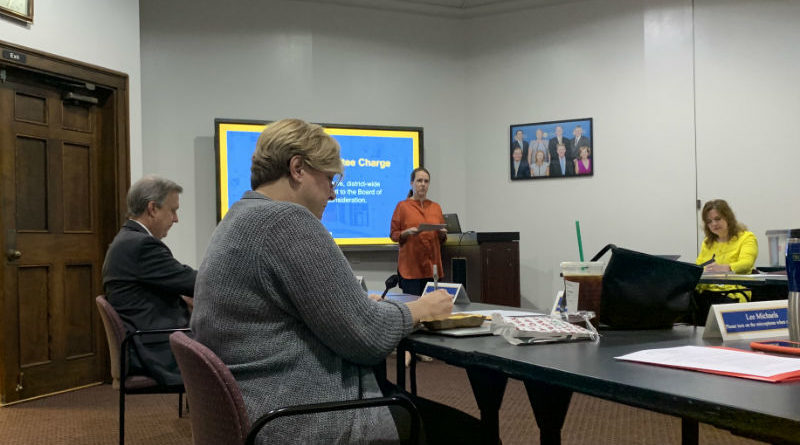 Superintendent Tom Trigg said district officials are hoping to get intent forms to attend school in the district and transfer requests related to boundary decisions by Jan. 24 so they can make staffing decisions.

Students enrolled in the third-grade will have the option of attending their current school or the new school to which they’re zoned after the board approved the boundary committee’s recommended plan at the Oct. 15 meeting. For other students, parents are able to challenge or appeal their students’ school assignments to the board. The board would have to grant the requests unless there’s a “reasonable basis” for denying the request.

“Let’s assume that there is no…additional grandfathering, and we’re going with the policy as is. We’re suggesting, to expedite things, let’s ask parents, if they’re willing to, to request those changes by Jan. 24. If so, we will do our best to respond to those requests by (the first week of February).”

He said this timeline would allow district officials to finalize staffing in March. Under the boundary committee’s recommended plan approved at the October meeting, Boone Elementary’s zone will include 18 students now in kindergarten through second grade from Armstrong, 88 will move from Hyer, and 187 from UP. University Park’s zone will add 22 from Armstrong, 15 from Bradfield, and 29 from Hyer. Trigg said the committee ensured that a minimum of 40% of the classroom teachers at Boone will be internal transfers.

Transfer requests will be reviewed based on factors like student-teacher ratio at each campus, whether or not the transfer serves a ‘valid educational purpose,’ and whether or not it’s in the best interest of the student.

“Requests for transfer shall be denied if the space at the requested campus is not available. The way that this policy’s been interpreted in the past is space meant classroom size. We have guidelines for numbers of students in an elementary classroom (about 23)…If a request in the past was going to exceed that number, then that would automatically be denied,” Trigg said.

“We will do everything we can to make the transition as easy as possible for teachers,” he said. “It does appear that we are going to have…a number of voluntary transfers.”

Elizabeth King attended the November work session and said she understands that the board won’t be able to meet the needs of every family with the boundary re-zoning plan, but encouraged the board to expand the grandfathering policy to include the small pockets of students.

“There were several families that came and spoke for the Oct. 15 board meeting…(to) see if we can expand the grandfathering (plan) that’s in place,” King said. “Since the last meeting, we’ve talked to a few families in the four areas that are the tiny pockets of kids and each area is less than 30 kindergarten through second-grade students. Our primary concern at this point is that based on our impression from some of these other families, some families are already planning to move, others have applied to private schools for their kids, and others will pursue individual exceptions under the current policy and so with that happening, what we’re concerned about is these already small groups of children become even smaller…We think it’s really in the best interest of these kids to allow their parents to influence their path by modifying that current policy.” 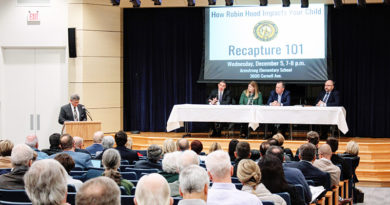