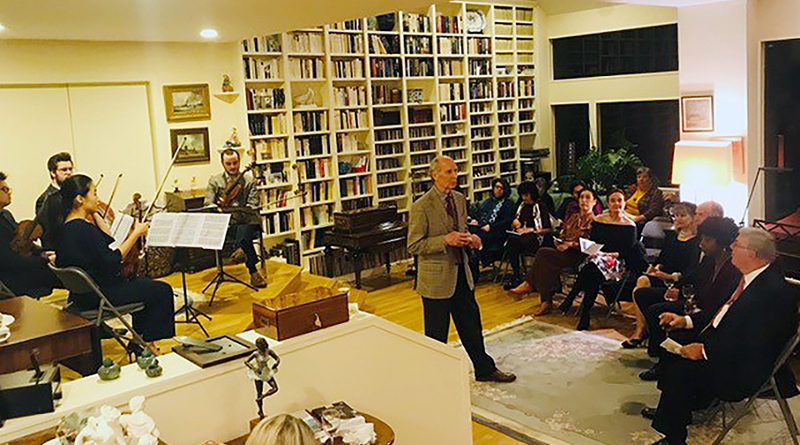 Some may have assumed that salon concerts, the 16th-century Italian invention that the French picked up and ran with, had gone the way of the powdered wig.

But Antony and Katherine Francis can attest: They’re still a terrific way to get an up-close and intimate vantage point for the arts.

The Preston Hollow couple have long been a part of the arts scene in Dallas. Antony Francis has been the chairman of the Blue Candlelight Music Series and is on the board of the Dallas Opera.

And not only do they host salons in their home, but they’ve also been known to convince friends and neighbors to do so as well.

“It just happens the great room just lends itself perfectly for this type of event,” Antony said, estimating they’ve hosted eight concerts so far. “We’ve had typically 50 to 60 people in here.”

Recently, the two opened up their home for the Orchestra of New Spain’s salon concert featuring the Julius Quartet, an award-winning New England chamber music ensemble and winners of the 2017 Peak Fellowship Ensemble-in-Residence at SMU Meadows School of the Arts. It is comprised of violinists Hyun Jeong Helen Lee and David Do, violist John Batchelder, and cellist Brooke Scholl.

“The visceral impact is more apparent, there’s an exclusivity about it.” -Grover Wilkins

Perched on a landing above a three-step staircase that looked as if it was built precisely to serve occasionally as a small stage, the quartet played to an audience seated in the home’s spacious great room.

Wilkins is also a fan of the salon concept, saying that his first experience years ago was “life changing.”

Many find that the intimate setting of a private home can even make familiar pieces seem new, he said. “The visceral impact is more apparent, there’s an exclusivity about it.”

With that love of hosting musical events, you’d think the Francises purchased their 1975 modern home expressly for that purpose, but Antony demurred.

“We picked it because when you walk into this room from the main door, you look through the house (and) there’s a bank of windows that look out over the backyard and the creek and the pool, and it’s just a fabulous view out there,” he explained.

Drinks with Dallas Opera general director Ian Derrer one night, however, started the Francises on their journey to frequent salon hosts.

“He looked around the house and said, ‘Wow, do you think we could do an event here?’” Antony Francis recalled. “And I said sure – I didn’t think twice.”

And ever since, they’ve hosted all manner of musical events.

“We love having people here, and the house lends itself to that,” he added. “And, you know, if it’s not every week, that’s fine. There’s always a little bit of disruption when you do this because you move the furniture around depending on where you can put the singers or the players. But other than that, I just love it.” 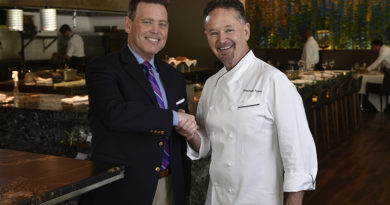