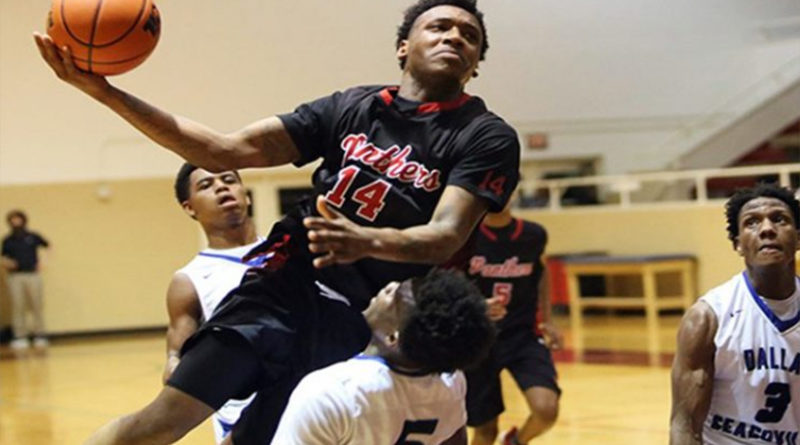 More than a year after Sidney Bouvier Gilstrap-Portley was caught posing as a 17-year-old teen displaced by Hurricane Harvey, a former Hillcrest High School student’s mother is suing the Dallas Independent School District.

Gilstrap-Portley was able to enroll based on an open-door policy for Hurricane Harvey transplants. District officials said at the time that he “slipped through the cracks.”

“For him to take advantage of the Harvey situation and then the homeless laws and get himself in front of our students,” Dallas ISD superintendent Michael Hinojosa told the NBC Channel 5 at the time, “it is frustrating something couldn’t have been done more quickly.”

“This is a unique situation that shows us areas that need improving when we open our doors to students in times of need,” then-Hillcrest principal Chris Bayer wrote in a note to parents after Gilstrap-Portley’s arrest. “Safety is always our top priority, and we are reviewing our policies to strengthen district efforts while still helping those who are in need.”

Ultimately Gilstrap-Portley pleaded guilty to three charges of tampering with government records and indecency by exposure and is under probation. He was required to register as a sex offender, too.

But that’s not enough for Mai Mullen Milton, the attorney who is representing the child Gilstrap-Portley “dated” while at Hillcrest. At the time, the girl was 14 and believed she was dating a 17-year-old Rashaun.

In the suit, Milton accuses Gilstrap-Portley of grooming the girl for a sexual relationship, and the district of failing to protect her and other students.

The suit alleges that Gilstrap-Portley was admitted to Hillcrest over the objections of the registrar, for the sole purpose of getting him on the basketball team. The suit said this is also against University Interscholastic League protocols as well, including failing to confirm residency through a home visit for any transfer student who wants to compete at a new school.

If this had been done, the district would have found that he “was not homeless and was living with his fiancé, child, and was not Rashun Richardson as he claimed,” the lawsuit said.

Milton said that the district had several opportunities to double-check Rashaun Richardson’s story.

“I get that there were an influx of students into DISD as well as other districts because of Harvey,” she said. “But at a minimum, there should have been a check with the prior school district. He was at that school for over eight months – Houston ISD was not closed for eight months.”

“I can even get a couple of weeks. I can even buy a month,” she continued. “But in this instance, you have an individual who presented himself not once, but twice at Dallas ISD schools, registering himself alleging he was a 17-year-old with no adult there – that should have been red flag number one.”

Milton said the district should have called Child Protective Services since he said he was without parents and a child, “without any documentation showing he was an emancipated minor,” and checked with the statewide and federal offices for other documentation, such as a Social Security number.

“And not only did they let him enroll, but they also let him participate in sports,” she said.

The girl even asked her softball coach for advice, the suit said, telling the coach that Gilstrap-Portley “seemed older” than the other students and asking for relationship advice. The coach allegedly told her not to say anything “because he did not hurt anybody,” the suit said.

And while civil suits look for monetary damages, Milton said that her clients want the district to be held accountable, and for changes to be made.

“We do want, more than anything, some accountability from the district, and we want some changes to be made,” she said. “Now, will the district coming in and saying, ‘OK, we’re going make these changes, and we’re sorry,’ mean we dismiss the lawsuit? No, I will not.”

“My client has been harmed financially from this. My client is in therapy right now,” she continued. “They had to relocate because of this. So, of course, they’re taking some monetary hits.