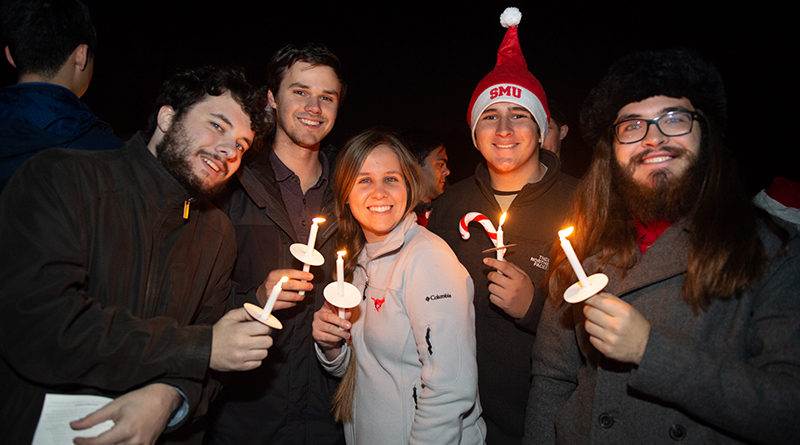 A December to Remember

“This legacy revolves around the idea of a community gathered to ‘await together’ the coming of the one who is Emmanuel,” said Marcell Silva Steuernagel, assistant professor of church music and director of the sacred music program at Perkins. “As we wait, we sing our expectation together.”

The Advent service was instituted in 1959 by professors Grady Hardin and Lloyd Pfautsch and is closely tied to the development of Perkins’ Master of Sacred Music Program. A forerunner to this tradition was established in 1948 when Perkins professor Fred Gealy led the Seminary Singers, a non-auditioned ensemble of theology and sacred music students, and the Perkins community in a program of Christmas music during the last chapel service of the fall semester.

SMU paleontology graduate Myria Perez was one of 125 women across the country selected to be an AAAS IF/THEN ambassador.

As an IF/THEN ambassador, the goal is to tell their stories and serve as a role model for girls to encourage women involved in science, technology, engineering, and math (STEM). Read more about the program on Page B10.

“We firmly believe that if we support a woman in STEM, then she can change the world,” said Lyda Hill, founder of Lyda Hill Philanthropies.

Perez, now a fossil preparator at the Perot Museum, worked with paleontologist Louis Jacobs and others to unearth never-before-seen fossils from Angola. View them at the Smithsonian’s National Museum of Natural History.

Preston Hollow resident and SMU graduate Trey Rome, founder and CEO of Home Tax Solutions (HTS), accepted an award from the Cox School’s Caruth Institute for Entrepreneurship as one of SMU’s Dallas 100.

The 29th-annual awards honored the ingenuity, commitment, and perseverance of the fastest-growing, privately-held entrepreneurial businesses in the Dallas area.

“We are a company founded on the philosophy of caring about all the people with whom we work, a value I learned from one of my professors while at SMU,” Rome said.

A $34 million renovation of the Owen Arts Center will improve academic spaces in the north wing for visual arts, art history, and creative computation.

With three interconnected buildings, the 25,000-square-foot Owens Center is the largest academic building on the SMU campus.

With a $1.8 million-dollar gift, former SMU parent G. Marlyne Sexton hopes to encourage others to contribute to help raise the remaining amount needed to revitalize the art hub.

“The improvements will serve as a catalyst for Meadows (School of Arts) to attract the next generation of talented and diverse visual artists, art historians, and multidisciplinary creatives and draw scholars and visitors from across the region and around the world,” SMU President R. Gerald Turner said. Visit smu.edu/TransformOwenArts. 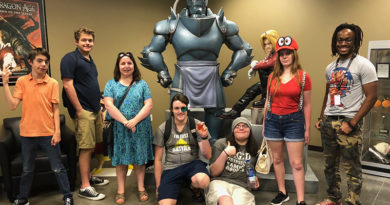