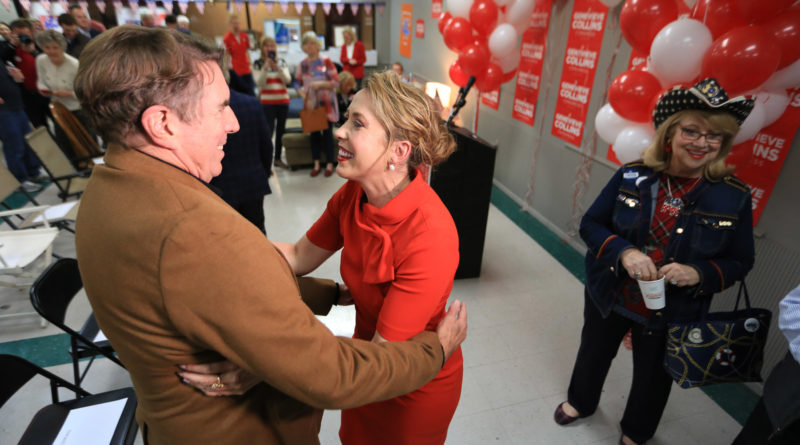 The big news from Tuesday’s elections locally is it appears the race for the 32nd congressional district will be between Genevieve Collins and incumbent Democrat Colin Allred.

Collins leads retired Navy Seal Floyd McLendon and three other candidates with 53% of the vote in unofficial results.

Collins told People Newspapers before the polls closed Tuesday that she was “hoping for a big night.”

“The wide swaths of support our campaign received last night from across the district is humbling, and I am proud to be the Republican nominee for Congress in District 32,” she added in a post on her campaign’s Facebook page.

The race for the GOP nomination for the 32nd congressional district featured a dustup between Collins and McLendon regarding campaign mailers.

The Cook Political Report lists the race as likely to lean Democratic.

In the race for the Democratic nomination to challenge incumbent Morgan Meyer for the state house district 108 seat, it looks like journalism educator Joanna Cattanach will get her chance again after leading two other candidates with 58% of the vote.

One of Cattanach’s opponents in the Democratic primary, Shawn Terry, congratulated her in a post on his campaign’s Facebook page.

” We have a wonderful opportunity to flip the Texas House in 2020 and I hope everyone will pull together to ensure we do that,” he said. “Congratulations to Joanna Cattanach for Texas State Representative HD108 on a hard-fought victory and I know we will all work to make sure she represents us in Austin in 2021.”

Cattanach is a journalism and writing instructor at Dallas County Community College. Meyer is a partner at Wick Phillips law firm.

This story will be updated as we get additional details and commentary.

Alley Puts a Classy Bow on His Campaign

A Final Primer For the District 108 Primary