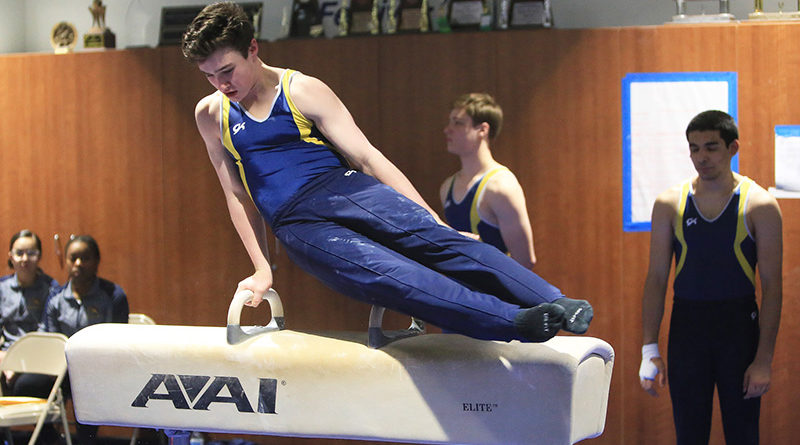 When he was a preschooler, Clay Staunton needed an outlet for all of his physical energy. His father figured tumbling might be a temporary solution.

More than a decade later, that decision is still paying dividends. Now a freshman at Highland Park, Staunton is already one of the top gymnasts in the state.

“As a little kid, I was bouncing off the walls, so he just threw me into gymnastics,” Staunton said. “I just really started to like it, so I stuck with it.”

By middle school, Staunton earned his first perfect 10 score on horizontal bar. These days, he competes year-round for Ridgewood Gymnastics, where last year he achieved Level 10 status — the highest designation in the USA Gymnastics Junior Olympic Program. In 2019, he won a USAG national title on vault and was the all-around state champion.

“As a little kid, I was bouncing off the walls, so he just threw me into gymnastics.” -Clay Staunton 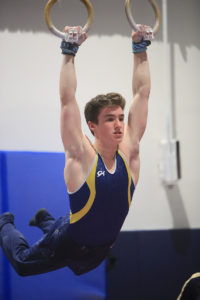 But this spring, he also is focused on winning trophies for the Scots after a sensational debut season for the team. After winning the all-around gold medal in his very first meet for HP in October, he will likely head to the Texas High School Gymnastic Coaches Association state meet ranked second among all-around competitors.

“He’s very composed,” said HP head coach Mark Sherman. “He doesn’t talk much, but his gymnastics really show a different side of himself.”

“I was really looking forward to it,” he said. “My teammates help me out. There’s more energy in high school gymnastics.”

Staunton’s transition to the more team-oriented atmosphere of high school gymnastics has been smooth, even though he’s competing, in many cases, against athletes two or three years older than him.

“I didn’t really have any expectations. I’ve been surprised at how well I’ve been doing,” said Staunton, who estimates he trains about 18 hours per week. “They’re a lot stronger than I am. I like that challenge.”

His favorite event is pommel horse, although his best tends to be vault. But he’ll compete in all of six disciplines this spring, starting with the Scots’ district meet on March 31 in Garland. The state meet will be May 1-2 in Euless.

Philanthropist named Person of the Year