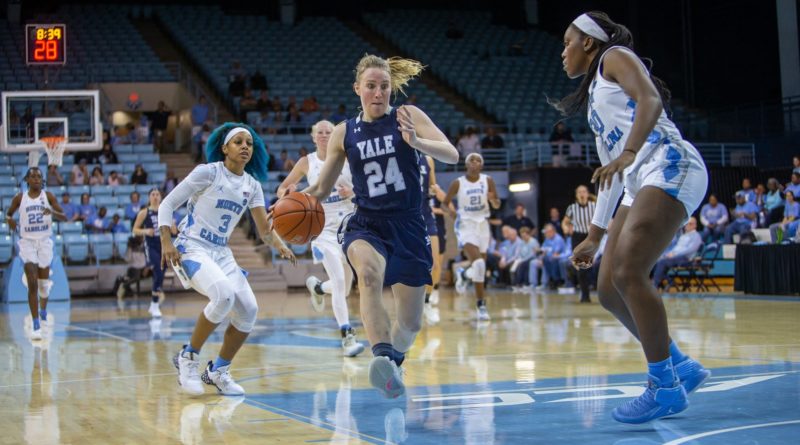 Greenhill graduate Ellen Margaret Andrews knows a bit about perseverance – after going on to Yale University and joining the women’s basketball team there, she saw herself recovering from an injury that cost her almost all of her sophomore season.

But the effort it took to battle back – plus becoming an important part of the team’s record-tying season wins this year – earned her the respect of her team, and the title of captain next year.

“It is a great honor to be elected captain of the Yale women’s basketball team,” Andrews told Sam Rubin, a sportswriter for the university. “I am very humbled by my teammates’ decision, and hope to serve them to the best of my capabilities next season. YWBB is made up of amazing women that are not only phenomenal athletes, but amazing people as well, and I hope to be the captain that they deserve next year.”

Her coach was effusive in her praise, too.

“Her teammates look up to her because of the way she leads by example and through thoughtful perspective,” said women’s basketball coach Allison Guth. “I expect Ellen Margaret to lead from both a place of compassion and strength. I couldn’t be happier for her and our team in her election as our captain of our 2020-2021 team.”

This year, Andrews was second on the team in steals and third in scoring, with 12.3 points per game, making her also 13th in scoring in the Ivy League. She scored personal single-game highs against North Carolina in points, Dartmouth in rebounds, Sacred Heart in assists, and Fresno State in steals.

She also started all 27 games this season.

She also was named Ivy League Player of the Week in December 2019, and earned the team’s Karen Yarasavage Bulldog Award, given “to the team member who distinguishes herself by her grit, tenacity and perseverance.” She was also an Academic All-District and Academic All-Ivy League selection this year.

Andrews will lead a team that is coming back from a truncated season thanks to COVID-19, with its last game being a win against Harvard 69-58, on a buzzer-beating three-pointer produced by Andrews. It clinched a three-seed in the Ivy League Tournament, which was canceled three days later.

“Looking forward to next season, my first hope is that we are all healthy — mentally and physically — when the season begins,” Andrews said. “Given the significance and unprecedented nature of this moment in world history, I hope that the team can continue to support each other through these challenging times and come out stronger, and know that we can’t take any chance to be and play together for granted.”

Andrews will spend this summer as an investigative intern at Georgetown Law Schoo’s Criminal Justice Clinic. She is considering law school after she graduates Yale, but may teach elementary or middle school before doing so.