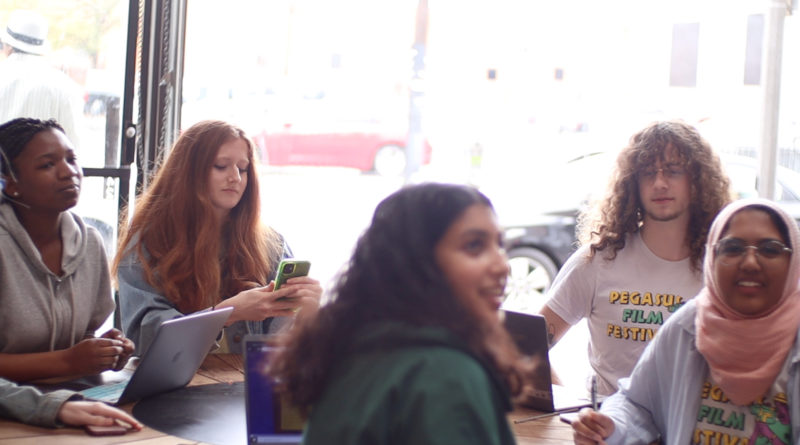 When Logan Mook was tapped to direct the Pegasus Film Festival this year, the Booker T. Washington High School senior knew it would be an undertaking.

But he didn’t know that he and his team of fellow North Texas high schoolers would end up taking what was already an impressive and well-organized event and completely pivoting to a new format after COVID-19 made the proposition of continuing with the original format a bit dicey.

“Pegasus is a student-run film festival that strives to platform the art of young people who may not have a voice otherwise,” Mook explained. “This year, due to COVID, we have had to take the (usually in person) festival and bring it to an online platform.”

The festival is the largest student-run film festival in the country, and was started in 2015 by Dallas filmmaker Niloo Jalilvand, with a goal of not only providing student filmmakers with a platform but resources and access to internships and classes with industry professionals.

This year, the festival welcomed students ages 19 and younger from all over the globe to submit short films. Those films selected will premiere tonight at 7 p.m. in a virtual event.

That pivot to a virtual format happened in less than eight weeks. The crew lost some deposits, and was faced with challenges moving everything to a virtual platform, but were determined to make it happen.

“There have been many challenges,” Mook said. “Managing a team of 27 students is much easier to do in person!”

Mook, who will go on to film school in New York this fall, said that team decided to take the funds raised from ticket sales and give portions to help with pandemic relief, too.

“Typically the Pegasus Film festival uses its ticket sales to fund and provide resources for student films. Due to stay-at-home orders, we have since decided to take that money and partner with Imagine Dallas to allocate portions of funds to COVID-19 relief,” he said. “I and my staff of hard-working students have also decided to forego our paychecks, and instead give our personal profits to COVID relief.”

Alongside the one-day film festival hosted by Pegasus, the Dallas VideoFest will present the 20th Annual 24-Hour VideoRace, beginning tonight and ending exactly 24 hours later on Saturday, May 30.

Anyone with a camera and the willingness to race can participate. Past teams have included elementary school students to professional filmmakers.  Student teams compete against other student teams, and adult teams are categorized by team size rather than skill level. This festival will be divided into two categories: participants under 18 and participants over 18.

To participate, would-be filmmakers will need to register prior to the start of the race. Shortly after the Pegasus Film Festival Q&A, Bart Weiss, founder of Dallas VideoFest, will reveal the elements for this year’s films live, based on a topic and guidelines chosen by the 24-Hour VideoRace committee.

The revealed elements must be a part of each contestant’s video, which must be used in every video created and specific COVID-19 regulations must be followed.

Mook said that the commitment of the student organizers to supporting the community through the pandemic should tell people that the whole festival is about something bigger – a passion for the arts.

“This is a passion project through and through,” he said.