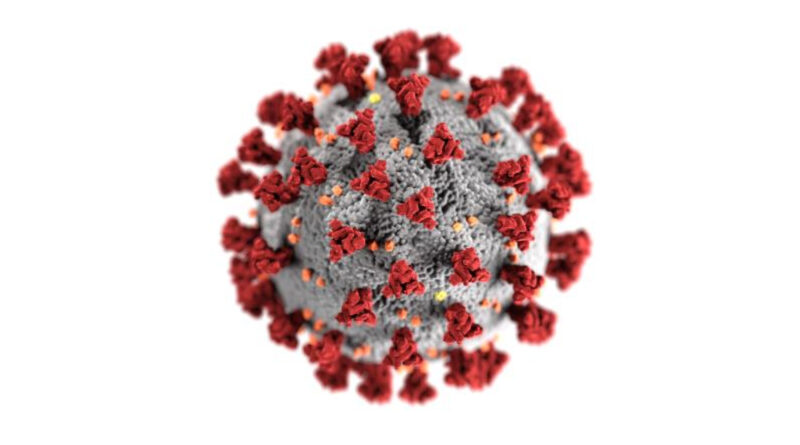 On the heels of rebounding case numbers over the past few days, Sunday Dallas County revealed a new wrinkle – thanks to a state reporting glitch, thousands of cases were unaccounted for until now. We have more on that, plus today’s bullet points.

A total of 7,000 new cases of the novel coronavirus were reported by Dallas County health officials between Friday and Sunday, and an additional 18 deaths, bringing the county’s total case count up to 63,428, including 825 confirmed deaths.

Sunday’s high number of  5,361  was mostly attributable to a backlog of 5,195 cases that were reported from the state. The majority of them – 4,298 – came from tests conducted in July, the county said.

“According to DSHS, this backlog of reports is due to coding errors and is beginning to be resolved through a recent system upgrade in their reporting system,” county health officials said.

“It is expected that there will be more batches of cases missed by the State’s system being reported in the coming days,” said Dallas County Judge Clay Jenkins. “All this reinforces the importance of self-isolating and following CDC guidance if you were tested and awaiting results. This also means isolating from your family and wearing a mask inside your home to keep them from getting infected in case you are positive for COVID-19.”

Jenkins said that because of the errors, none of the 5,195 cases had been the subject of any contact tracing.

“That’s why it’s important also if you know you’re COVID-19 positive to inform all those you’ve been in close contact with so that they can self-isolate,” Jenkins said. “A close contact is anyone that you’ve been around for more than 15 minutes, 48 hours before the onset of your symptoms through your illness, whether or not both or either of you were masked during the time you were together.”

The county also reported one additional death on Sunday, a Dallas man in his 50s with underlying health conditions. Sunday’s total probable case count is 2,515, including seven probable deaths.

The county said that the number of COVID-19 hospitalizations Friday was 507 patients. Emergency room visits for COVID-19 symptoms also remain high, representing about 22% of all ER visits, according to information reported to the North Central Texas Trauma Regional Advisory Council.

UT Southwestern’s latest forecast projects that by August 28, Dallas County hospitals could see concurrent hospitalizations decline to between 330 and 550 cases, with roughly 470 new cases per day on average.

Over 2,925 children under 18 years of age have been diagnosed with COVID-19 since July 1. During this timeframe, 66 children have been hospitalized for COVID-19. Of all confirmed cases requiring hospitalization to date, more than two-thirds have been under 65 years of age.

Close contact or community transmission continues to be the biggest risk factor for contracting COVID-19,  accounting for more than 92% of all cases. Being incarcerated in a federal prison, living in a long-term care facility or being incarcerated in the county jail are a distant second, third, and fourth,  at 2.4%, 2.2% and 1.2%, respectively.

Twelve percent of all cases ended up hospitalized – 23% ended up in intensive care, and 12% ended up on a ventilator.

Gov. Greg Abbott and the Texas Health and Human Services Commission Friday announced that $1.1 billion in Quality Incentive Payment Program  funds were approved by the Centers for Medicare and Medicaid Services to support Texas nursing facilities that provide care for individuals receiving Medicaid.

“This funding will improve the quality of care and strengthen infection controls at Texas nursing facilities,” said Abbott. “I thank our partners at the Centers for Medicare and Medicaid for providing these critical funds.”

The Centers for Medicare and Medicaid Services approved the new estimated QIPP pool size for next year at $1.1 billion, up from the $600 million this year.

“We worked hard to secure this additional federal funding that serves as a critical incentive for innovation and improvements to care for people living in Texas nursing facilities,” said Texas HHS Executive Commissioner Phil Wilson said. “Our highest priority is the health, safety and well-being of the people residing in the facilities we regulate, and this funding is especially helpful as we continue to protect Texans.”

For more information about QIPP, visit the HHSC website.

Six new outdoor warning sirens will be installed in the coming months, a memo to the Dallas City Council’s public safety committee revealed, including one in Preston Hollow.

Two years ago, the council approved a five-year acquisition contract to purchase and install 20 new outdoor warning sirens. Six were installed that year, and this year an additional six will be installed, a memo from assistant city manager Jon Fortune said.

One of the six, which will be installed in coming months, is on Royal Lane, between the Dallas North Tollway and Preston Road near Dealey Montessori. It will improve coverage for the area from 60-69 decibels to more than 70 decibels.

In October 2019, an EF3 tornado walloped the Preston and Royal area hard, and many residents told People Newspapers at that time they never heard a siren at all.

“Currently the outdoor warning system consists of 162 sirens that alert residents of approaching or existing hazardous conditions throughout the City,” the memo said. “Typically, the outdoor warning system is used as a warning tool in the event of a tornado or other dangerous weather conditions. The system is one of the primary means of emergency warning for Dallas residents and guests for all types of hazardous conditions.”

The city’s Office of Emergency Management notified residents and businesses within 200 yards of the proposed locations by mail. Installation is due to begin next month, and it will take another two months after that to complete the permitting and power connection process.