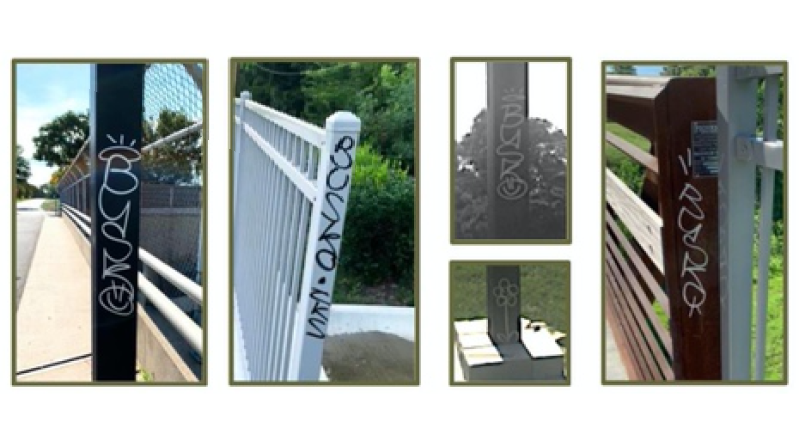 A serial vandal is becoming a serial irritant to the Friends of Northaven Trail, who have been covering over the would-be graffiti aficionado’s work for months now.

“They’ve been at it for several months now,” said Jeff Kitner, who is president of the nonprofit tasked with shepherding trail improvements.

And the Friends are now hoping that perhaps one of Busko’s acquaintances might be the type that values money over friendship, and have offered a $250 reward for information leading to Busko’s arrest.

“This vandal has spray-painted approximately 25 markings along the trail over the last few months,” the organization said in its September newsletter. “The Dallas Parks Department has diligently cleaned up after the perpetrator, but we would like the vandalism to stop.”

Anyone with information about Busko’s real identity should email [email protected], or message the group’s Facebook page.

The Parks Department has filed a police report and there is an investigation pending.