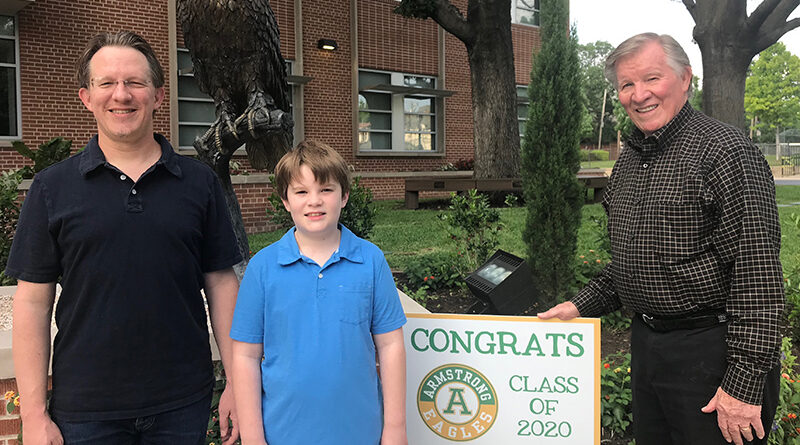 Three generations of the Thomas family enjoy comparing tales of their days at Armstrong Elementary School.

Kenneth D. Thomas spent the most time there, serving as principal for 17 years beginning in 1978. His sons attended in the 1980s, Joel for third-through fifth-grades, Karl for second-through fifth.

Joel’s son, Alec, wrapped up five years in May.

What did Alec enjoy most?

Alec still talks about playing the autoharp in Armstrong: The Musical, written by music teacher Dianne Morgan and performed by third-graders in March 2019 to celebrate the school’s first century.

Former students will recall Kenneth Thomas standing at the Cornell Avenue entrance in the morning, holding the door open and greeting students by name. He also knew their parents and siblings by name.

He recalled replacing the office’s rotary-dial phone with a push-button one. Many students had no idea how to dial a rotary phone, the retired principal said.

During his tenure, the Armstrong Dads Club and PTA bought the school district’s first computers: four Apple II Plus models. Full-day kindergarten began. Sally Kull agreed to teach Spanish, and the PTA paid her salary for weekly instruction to each grade level.

“I remember that even after the burned classroom was rebuilt and all the other fire damage was repaired, Armstrong still smelled like smoke on rainy day.”

“I could elaborate longer than you would want to listen, but I had 17 years of utopia at Armstrong,” he said. “Now, I shall miss being there each afternoon to pick up my grandson.”

Joel and his son share fond memories of lunch, one of Alec’s favorite times, because he could choose what he wanted.

Alec spent more for lunch at Armstrong than Joel did on lunch at work, the father said, but missed out on the wonderful food Minnie Bladen prepared throughout the 1980s — especially the fried chicken, chocolate pie, and hush puppies that were favorites of visiting postal workers, police officers, and parents.

The Thomas men remember the fire that destroyed a second-floor classroom one Friday night in the early 1980s.

Joel’s fourth-grade class had made puppets in Grace Ann Carr’s room for a show. The script changed to reflect the smoke-damaged puppets’ perspective, and their reenactment of the fire was received with awe by all the classes, including Karl’s.

“I remember that even after the burned classroom was rebuilt and all the other fire damage was repaired, Armstrong still smelled like smoke on rainy days,” Joel said.

He fondly remembered fifth-grade teacher Lavinia Webb, who capitalized on her background as a music teacher and used the rhythms of music to teach science, math, and spelling. Joel and Karl represented Armstrong in the district spelling bee.

The retired principal intends to remain active with the school and the neighborhood, he said. “We are all extremely blessed to live in a school district that values and supports quality instruction for everyone.” 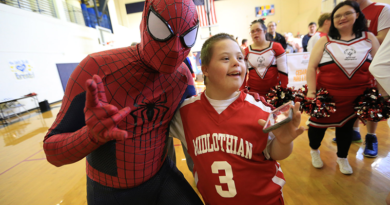