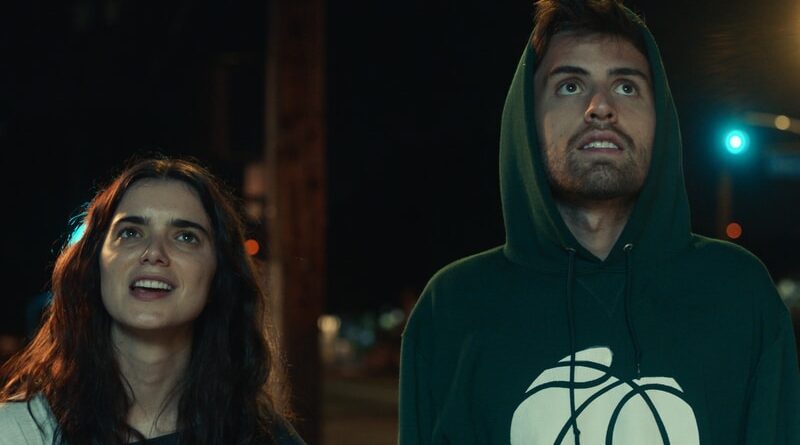 Back in March, Cooper Raiff was set to make a splash with his directorial debut, S#!%house, at the South by Southwest Film Festival.

After the festival was abruptly cancelled over health concerns during the onset of the COVID-19 pandemic, the 23-year-old Greenhill alum still picked up the festival’s Grand Jury Prize for Best Narrative Feature.

But the public still hadn’t had a chance to see Raiff’s low-budget drama in which he plays a college freshman navigating life away from home — until now.

Indie distributor IFC Films picked up Raiff’s movie with its mischievous title mostly still intact, and released it Friday in a handful of theaters and via video-on-demand platforms.

Plus, the Texas Theatre in Oak Cliff will hold a socially-distanced screening of the film on Oct. 21, with Raiff on hand for an in-person Q&A afterward.

Also opening Friday, the documentary Escape from Extinction is narrated by Helen Mirren and produced by American Humane, It spotlights the work zoos and aquariums around the country are doing to preserve endangered species. Dallas Zoo president and CEO Gregg Hudson is among the interviewees, while Hockaday graduate Lisa Loeb composed new music for the film.

Meanwhile, the eccentric documentary J.R. “Bob” Dobbs and the Church of the SubGenius will be available on demand on Oct. 20. The film, which won the Grand Jury Award for Best Texas Feature at the 2019 Dallas International Film Festival, traces the origins of the parody religious movement founded by Ivan Stang, who was born in Fort Worth and graduated from St. Mark’s.