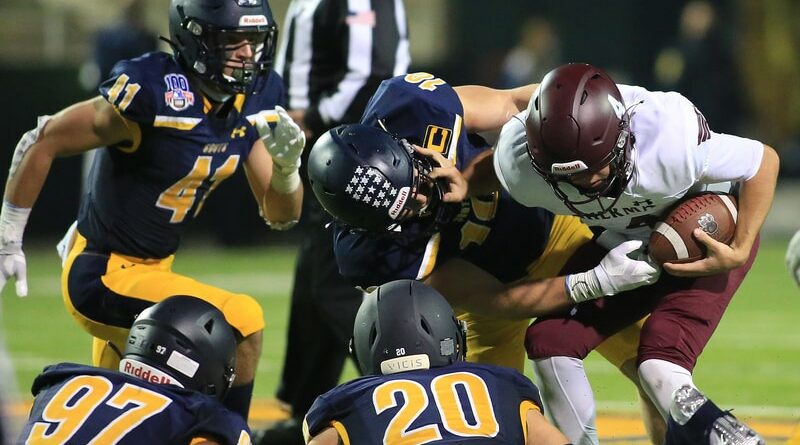 The District 7-5A Div. I championship won’t be awarded for another month. But the winner might be decided on Friday night.

State polls and preseason prognostications had Highland Park and Longview pegged as the two favorites to battle for the league crown. A few weeks into the season, nothing has changed heading into their matchup at Lobo Stadium.

Both programs bring a high-profile pedigree into the showdown, having each won 5A state crowns as recently as 2018. Both have district winning streaks of at least 20 games. And they have almost 1,600 victories between them, extending back almost a century.

Strangely, however, the Scots and Lobos haven’t played one another since the 1986 playoffs. And the last time they met in the regular season, Kyle Rote Jr. scored two touchdown for HP. So it’s been a while.

At any rate, the Scots (3-0, 1-0) will take plenty of momentum on their longest road trip of the season after dismantling Sherman 41-21 in their district opener last week.

HP is averaging 43 points per game this season behind the accurate passing of Brayden Schager, who already is nearing the 1,000-yard plateau. The Scots also have depth at the skill positions behind leading rusher Brooks Bond and receiver Crockett Corwin. The HP defense, led by linebackers Patrick Turner and Marshall Landwehr, also has looked stout.

Meanwhile, the Lobos (5-1, 2-0) have won 20 consecutive home games, including two in convincing fashion this year. After falling to Temple in the season opener, Longview has scored at least 49 points in four of its five wins.

Among the top playmakers for the Lobos are new quarterback Jordan Allen, running backs Kaden Meredith and Markevion Haynes, and receiver Jalen Hale. On defense, Kybrien Jackson-Jamerson and Tyree Hale lead the way.

In other words, expect plenty of big plays during a matchup that could ultimately determine the district’s top seed in the Class 5A Division I playoff bracket next month.