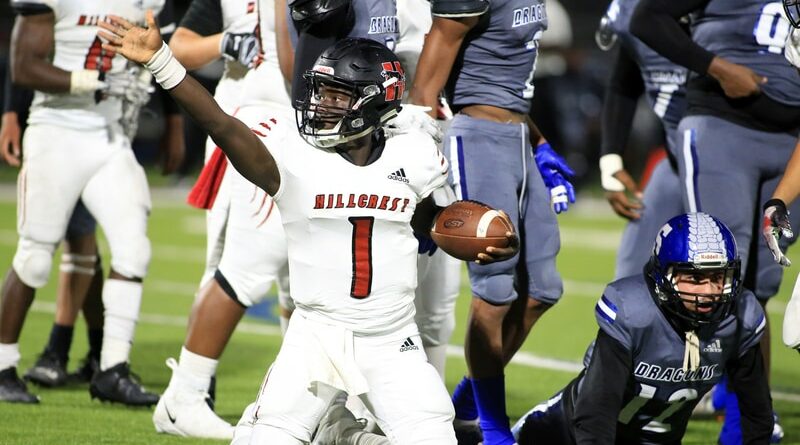 As usual, Nasir Reynolds was all over the field for Hillcrest during a wild 57-38 road win over Seagoville on Friday.

The senior scored five touchdowns — two rushing, one receiving, one on an interception return, and one via a blocked field goal return — as the Panthers earned perhaps their most important victory so far this season.

Hillcrest (4-3, 3-2) already is guaranteed a forfeit win next week over Adamson, putting the Panthers in solid contention for the final playoff spot in District 6-5A Div. II with three games remaining.

If Hillcrest qualifies for the postseason, it will be mostly on the legs of Reynolds, who rushed for 151 yards on 24 carries against the Dragons (4-2, 2-2) while also playing on defense and special teams.

Carter Sido completed just six passes for the Panthers, but four of them went for scores, including a 71-yarder to Reynolds on Hillcrest’s second offensive snap of the game. Jakobi Hardy, Shannon Cruse, and Brady Gipson added receiving touchdowns.

Tyvonne Jeffrie ran for a game-high 154 yards and two scores for Seagoville, which accumulated 382 rushing yards as a team and out-gained Hillcrest overall by a wide margin.

However, the Panthers used big plays and took advantage of three takeaways to score more points than the Dragons had given up in their first six games combined (one of those also was a forfeit against Adamson).

At any rate, Hillcrest secured a win that could pay dividends for potential tiebreaker scenarios later this season. The Panthers will next face district co-leader Kimball on Nov. 20.