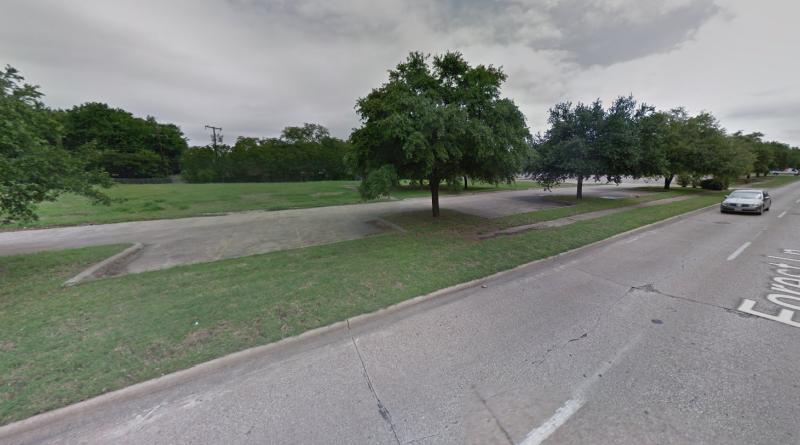 First, an empty church sat on the Forest Lane lot for years after its occupants moved to Plano in 2010. Then the City of Dallas paid more than $3 million (counting $2.6 million for the land) for it as part of a bond package that would’ve included a new library to replace the aging Preston-Royal branch, but the city ran out of money.

“Maybe the neighbors would like a dog park instead?” the city contemplated in 2018.

No, no they would not. As in, all caps, would not, could not, definitely did not want a dog park.

So then the city tried to auction the land at 5639 Forest Lane. One auction fell through when none of the bids met the reserve, but by May 2019, the city reportedly finally got a taker, who paid not quite $3.9 million for the 3.45-acre property on the outskirts of Melshire Estates, bordered by the Dallas North Tollway to the west and just up west of Preston Road to the east.

According to Candy Evans at CandysDirt.com, the buyer was Michael Schiff of Intervest Companies. Schiff told Evans that he planned to build a high-end, gated community.

“We are not going to build anything the neighbors don’t like,” he said. “The entire community will be gated and walled, 1,400 feet of wall to build.”

However, according to Dallas Central Appraisal District Records, the property is still listed as being owned by the city.

At any rate, there is some forward momentum (potentially) in regards to the strip of land. Forest Park Development is requesting a Planned Development District for the site, and plans to build 33 single-family residences that are roughly 2,800 –3,100 square feet in size and have a price tag in the $1 million range, in a gated community with access at Nuestra, Quincy, and Forest Lane – which sounds a lot like what Schiff was talking about.

The developer has tasked planning and zoning consultant firm Masterplan with meeting with neighbors and collecting feedback.

Judging from a recent post on the Melshire Estates HOA site, they definitely have some feedback.

“I oppose these shenanigans and respectfully suggest that the City experience whatever loss that may accrue to their mismanagement and poor judgment regarding the initially pursued project,” wrote one resident.

Another questioned whether what the developer is sharing now would actually be what residents would end up living with.

“Those are nice renderings. They probably have no relationship to what they want to build,” he said. “They are proposing a 36 foot height so they could build three stories. Nice for us who live across the alley.”

Melshire Estates residents will get an opportunity to hear more and provide their input at a Zoom meeting Thursday, at 6 p.m.