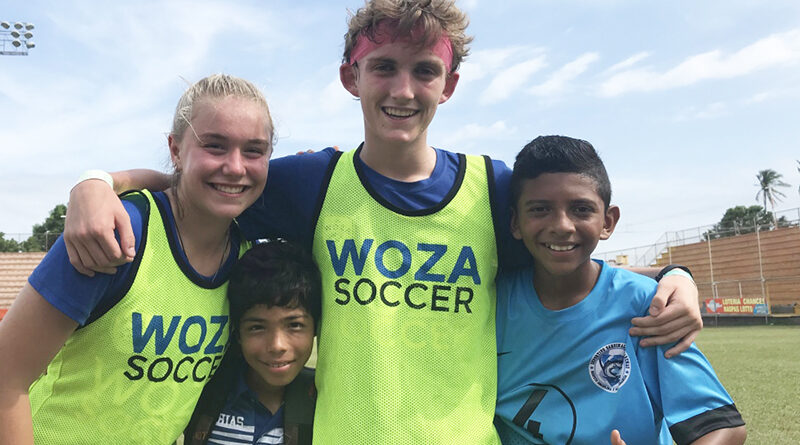 As much as Highland Park needs Daniel Writer on defense, his most valuable contributions to soccer might happen off the field.

The senior has organized an equipment drive for young players in the small African country of Malawi who don’t have the same resources that HP students might take for granted.

“All of the villages where the soccer academies are located don’t have any funds,” Writer said. “A lot of people have been giving me old practice and game jerseys, but some people have bought pairs of game socks.”

“At times, I couldn’t communicate with the kids exactly what I wanted to say. But there’s no language barrier in soccer. That was a way to express myself.”

The idea sprouted after Writer followed a teammate’s lead and became involved with Woza Soccer, an organization that sponsors international service trips for soccer players.

Writer spent 15 summer days of 2019 in Costa Rica with other teenagers from around the United States, training at academies there and living among the locals.

“It really opened my eyes to how people treat soccer as an opportunity, rather than a hobby or a sport,” he said. “I was not the best Spanish speaker when I went there. At times, I couldn’t communicate with the kids exactly what I wanted to say. But there’s no language barrier in soccer. That was a way to express myself.”

Invigorated by the experience, he signed up for a three-week trip this summer to Malawi, which wound up canceled due to the COVID-19 pandemic. However, he still wanted to help, so he partnered with Malawian youth academy Ascent Soccer.

By soliciting donations through social media, Writer has collected dozens of socks, balls, cleats, shirts, and bags — most of which is left at his front door.

With pandemic-related flight restrictions recently eased to East Africa, he hopes to send the equipment abroad around the end of the year. Until then, he’s still accumulating new and used gear.

Writer said he would like to continue similar projects in the future that inspire kids around the world to chase their dreams through soccer.

“I never realized how badly poverty could affect children’s lives. My mission every day was to make a child’s life better,” he said. “Even if I can’t go to Malawi, I can make an impact from here in Highland Park.”

Geek Out With Authors Live

District 10-4A Openers Tonight in Rockwall