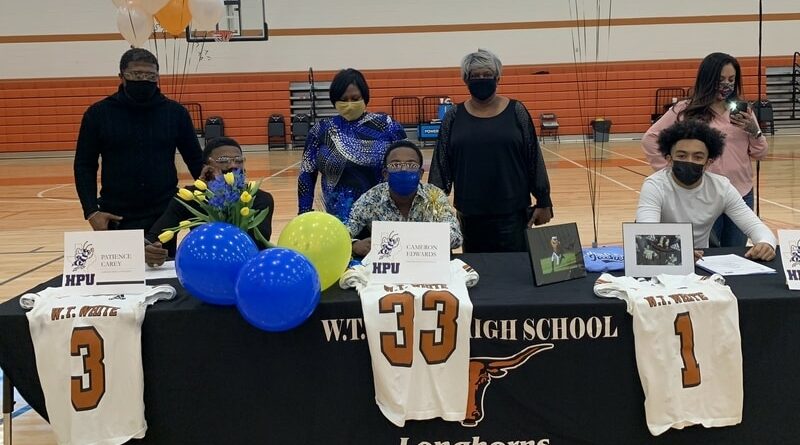 Eight W.T. White seniors were recognized during a ceremony on Wednesday for their college athletic commitments, including six football players.