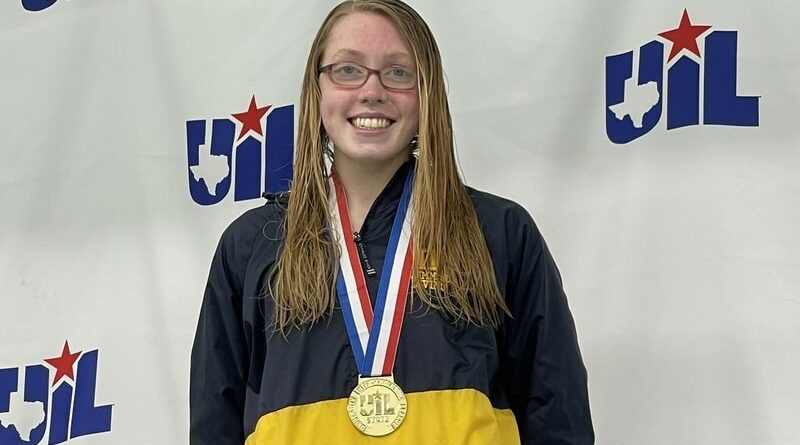 The Highland Park junior earned a 5A state championship on Tuesday in San Antonio, dominating her race in a time of 1 minute, 1.76 seconds. Earlier in the day, Hosch claimed a silver medal in the 100 butterfly, just 0.13 seconds behind the top spot.

HP senior Maddy Helton took seventh place in the 100 backstroke and eighth in the 100 freestyle to cap a stellar high school career. The Blue Wave finished ninth in the team standings.

The stellar individual performances more than atoned for a miscue in the day’s first event, the 200 medley relay. The Blue Wave posted a second-place preliminary time, but suffered a disqualification in the finals when Hosch left the starting block early for her leg.

Three days earlier, HP senior Dash Wolford finished eighth in the boys 5A diving competition in his third and final appearance at the state meet.