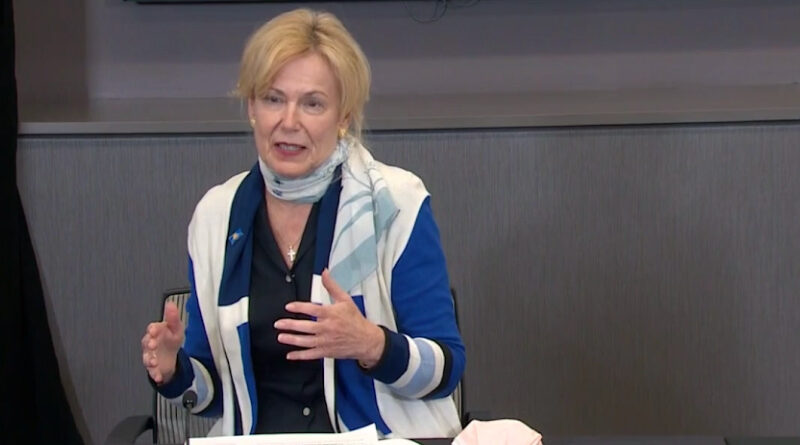 You may start seeing more of Dr. Deborah Birx in the area.

Birx will join Dallas-based ActivePure as chief scientific and medical adviser, the company announced Friday. The company, which was once Electrolux USA before being purchased by a group led by University Park resident Joe Urso in 1998, produces air purifiers it claims scrubs COVID-19 from the air within minutes and from surfaces within hours.

“I am pleased to be joining ActivePure Technologies, a company that provides a critical layer of protection against this virus and other pathogens,” said Birx in a press release. “My work for ActivePure is a logical extension of my 40-year career in science and public service. ActivePure is a company rooted in science, and I will be doing my best to continue to save lives and ensure Americans are safe at school, with their families, at work and in recreation.”

“Dr. Birx, one of the highest-ranking infectious disease experts in the world, understands the value of ActivePure Technology,” said Urso, who serves as CEO of the company. “As a globally recognized health care expert, we are fortunate to have Dr. Birx join our team.

“Dr. Birx’s unique perspectives and experience will help elevate our science-backed, medical-grade technology and bring it to all indoor spaces.”

“In the role, she will leverage her significant expertise in global health, pandemic response, and health systems to support the Bush Institute’s portfolio of work,” a press release from the institute said. “She will also take on policy initiatives on how to better position our country to tackle health disparities in the future based off the lessons learned from the COVID-19 pandemic.”

“From her time as a Colonel in the United States Army to her most recent role coordinating the response to the coronavirus pandemic, Dr. Birx has been an exemplary public servant and renowned expert in the medical field,” said Holly Kuzmich, executive director of the Bush Institute. “She has run some of the most high-profile and influential programs at the U.S. Centers for Disease Control and Prevention and U.S. Department of State – including the U.S. President’s Emergency Plan for AIDS Relief (PEPFAR), the largest commitment by any nation to combat a single disease in history.

“We are grateful that she has brought her expertise, her commitment to saving lives, her compassionate heart, and her brilliant mind to the Bush Institute.”

“I am thrilled to be working with the incredible people and impactful programs at the Bush Institute,” said Birx. “The Bush Institute programs put people at the center, recognizing we are stronger when we listen to each other, learn from one another, and come together to do things bigger than any of us could do alone. President and Mrs. Bush witnessed the impact of the global HIV/AIDS epidemic 20 years ago and responded by founding the Global Fund and PEPFAR. They believed the crisis could be tackled with people, funding, and compassion for others. We can do the same today by confronting pandemics with empathy and unity in action.”