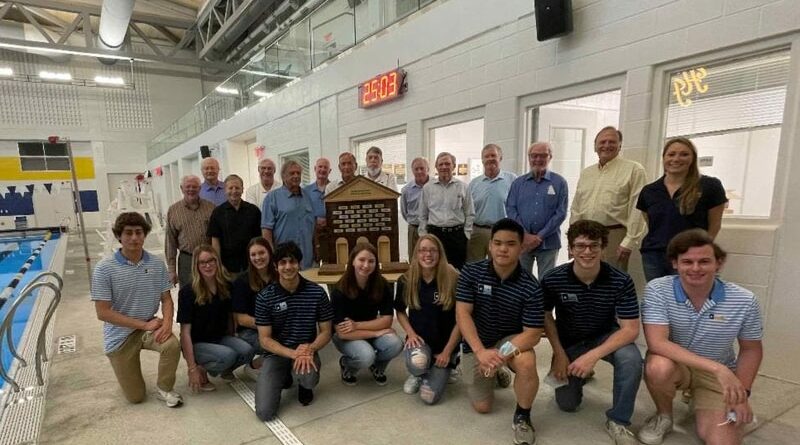 There’s a new trophy making quite a splash in the display case of the Highland Park ISD Multipurpose Building.

HP swimming and diving alumni commissioned a 46-pound trophy to honor the program’s success between 1943 and 1969, before swimming was introduced as a UIL sport. Former HP swimmer John Hoopingarnar, who graduated in 1966, led the effort.

The award includes 27 gold and silver plates to commemorate all of the top-two finishes for the Scots at the Texas Interscholastic Swimming Coaches Association state meets during those years.

HP swimming alumni met inside the new HPHS natatorium this spring for the unveiling.