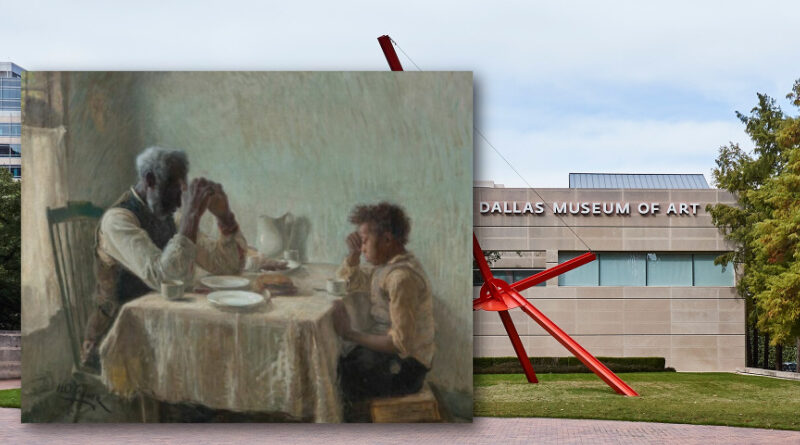 The Dallas Museum of Art (DMA) will display two works by American artist Henry Ossawa Tanner. The findings contribute new insights into the evolution of Tanner’s techniques, his exploration of color theory, and abandoned compositions within the canvases.

The exhibition pairs The Thankful Poor (1894), one of Tanner’s most famous early paintings, and Christ and His Mother Studying the Scriptures (about 1908), an exemplar of his signature blue palette and later religious subjects. Focus On: Henry Ossawa Tanner is on view beginning Aug. 17, through Jan. 2, 2022, and is included in free general admission.

This marks the DMA’s second collaboration with The Art Bridges Foundation, whose mission is to increase access to American art across the U.S. Art Bridges supports museums of all sizes to provide collection loans, traveling exhibitions, multidisciplinary programming, and more in order to further connect museums and their local communities.

“Through this partnership with Art Bridges, we greatly expand our understanding of two landmark works in our respective collections,” said Dr. Agustín Arteaga, the DMA’s Eugene McDermott Director.

“Undertaking in-depth conservation analysis is an essential part of our commitment to studying and promoting the work of Black American artists. We are excited to provide our visitors a rare look underneath the surface and into an important artist’s working process.”

Born to a religious family, Henry Ossawa Tanner (1859–1937) trained at the Pennsylvania Academy of Fine Arts and initially painted scenes depicting Black daily life. Due to extreme racism and the professional obstacles he faced in the U.S., Tanner moved to France while in his 30s and turned his focus toward biblical scenes, a theme from which he rarely strayed for the rest of his life and that established his legacy.

The Thankful Poor is Tanner’s last known genre scene before he turned to painting biblical passages. Christ and His Mother Studying the Scriptures illustrates Tanner’s devotion to his faith while also serving as a double portrait in a subtle tribute to his wife and son, who were his models. The painting demonstrates the palette of cool blues Tanner often used; the color became synonymous with him.

Efforts to restore the two paintings from the early and mature phases of Tanner’s career revealed both common threads and significant evolution in his practice. Using conservation techniques, including X-radiography, conservator Laura Hartman worked for months to uncover insights about Tanner and his unique style, understanding of color theory, and compositional changes. One such discovery revealed that both canvases were originally used to begin other works. An abandoned version of The Young Sabot Maker (1895), in the collection of the Nelson-Atkins Museum of Art, was found on the reverse of The Thankful Poor. X-radiography uncovered a completely different composition underneath Christ and His Mother Studying the Scriptures, showing two draped figures in a landscape.

“Being able to study both paintings was a true honor. Cleaning layers of darkened varnish from The Thankful Poor was especially significant, revealing a harmony that was previously obscured,” curators Sue Canterbury and Laura Hartman said.

“Having time to study both paintings together also revealed common threads and pursued innovations, material information that speaks directly to Tanner’s profound knowledge of painting, showing his true hand as a highly-skilled and brilliant artist.” 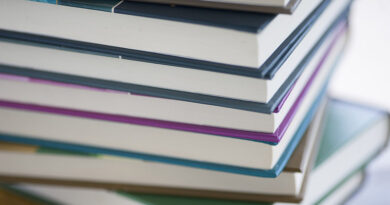 Dallas Literary Festival Offers Something For Everyone 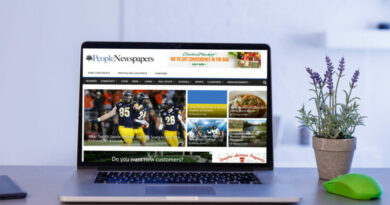