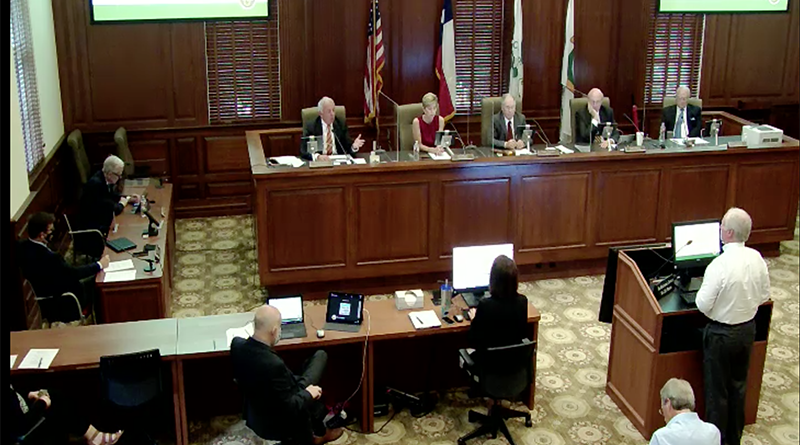 They decided on Tuesday to push until at least their next meeting consideration of developer Jim Strode’s plan to redevelop 6600 Snider Plaza.

Strode’s proposal approved by the city’s planning and zoning commission July 13 calls for demolishing the existing structures there — including where Peggy Sue BBQ used to be, Lane Florist is, and where Aman Jewelry, Logos bookstore, and a tailor used to be before moving to new locations in the plaza — to make way for a new three-story building that would house retail, restaurant, and office space. The plan also calls for a two-level underground parking garage with 48 spaces accessed from Daniel Avenue. The existing structures there were built in 1941 and 1947.

University Park Community Development Director Patrick Baugh noted the plan is 13 parking spaces short of the number of off-street parking spaces required to be provided per the city’s zoning ordinance.

“It seems to me that that is somewhat subjective on how they calculate that,” Strode said of the parking requirements. “I believe that the office will fill up here with the same type of tenants that I have across the street that are family office type people … I don’t think it will ever be anything but pretty low-density office.”

“I’m wondering if council and staff needs to go back and kind of re-look at how this has all been calculated and either confirm it, make sure that we agree with it, or do we need to change it in some way that it works for you, it works for the city, it works for Snider Plaza,” councilmember Mark Aldredge added.

City council members voted to continue discussion of the plan to study the parking issue more, and some said they’re concerned about maintaining the ‘charm’ of the shopping center.

“I’m hoping we might come to a resolution to study the parking a little bit more and making sure for the whole center — since you’re the first complex coming in and I know we’re going to be facing this again,” Mayor Tommy Stewart said.

“I do struggle with the parking. It’s so limited in Snider Plaza. I appreciate and voted for your building across the street and enjoy it honestly,” Farley said. “I just question in my own mind — I wish it was more charming, I wish it had more warmth, I wish it didn’t look like a white house that we’re building everywhere in our neighborhood right now. I don’t want it to look like 2021. I want it to look timeless.”

JD’s Chippery owner Julie Broad said she’s also concerned about traffic flow and parking in the area of the project, called for a traffic study, and said she’d also like Snider Plaza to remain a one-story shopping center.

“Traffic already backs up around Snider Plaza to my store, and how are those people going to get in and out of that parking garage? So I think that you at least need to look at that and do a traffic study,” Broad said. “Also, I think you should make Mr. Strode meet the parking — whatever the parking is that’s supposed to be built for that building, he should have to do because you set a precedent for other people.” 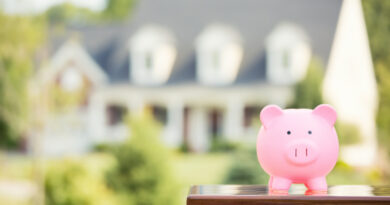 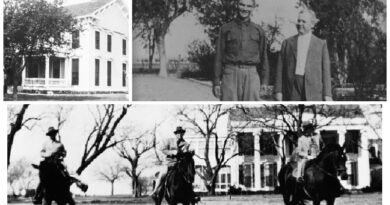 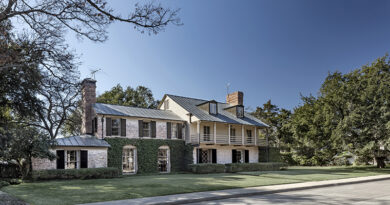 The Preservationists Next Door