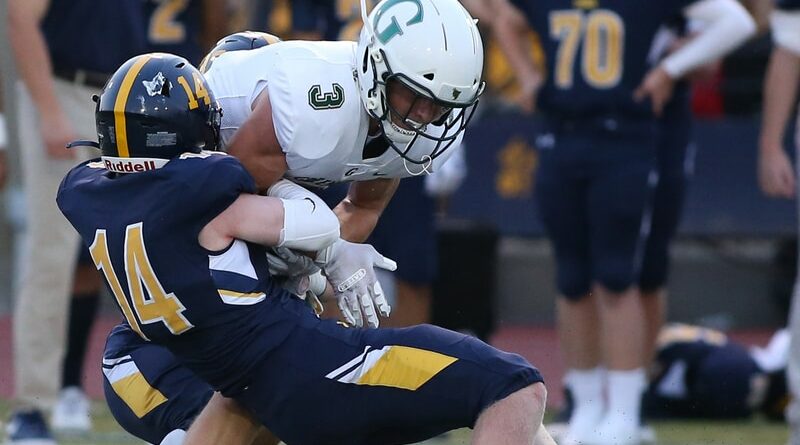 As good as Niles Harvey was for St. Mark’s on Friday, his team’s defense might have been even better.

Harvey scored three touchdowns, the Lions forced four turnovers, and unbeaten St. Mark’s cruised to a 40-8 win over SPC rival Greenhill at Hunt Family Stadium. Under new coach Harry Flaherty, the Lions are off to their first 3-0 start in 10 years.

Harvey scored on consecutive possessions in the first half to help the Lions build a 33-0 advantage at the break. After his 6-yard scoring run, he added a 29-yard reception from Alex Nadalini.

St. Mark’s opened the scoring with a blocked punt recovery for a touchdown by Luke Noack. Later in the first half, J.J. Pennington returned an interception to the end zone.

Harvey accounted for 114 all-purpose yards while adding a 46-yard touchdown scamper in the third quarter. Nadalini was 8-of-11 passing for 139 yards and also ran for a score.

Greenhill quarterback Bennett Broaddus completed 24 of 45 passes for 300 yards, with a late touchdown throw to Josh Titens averting the shutout. Winston Black had seven grabs for a game-high 72 yards for the Hornets (0-2).

Greenhill has dropped 13 straight games overall and has been outscored by a combined 82-8 in their first two games this season. The Hornets will return home next week to face Fort Worth Trinity Valley.