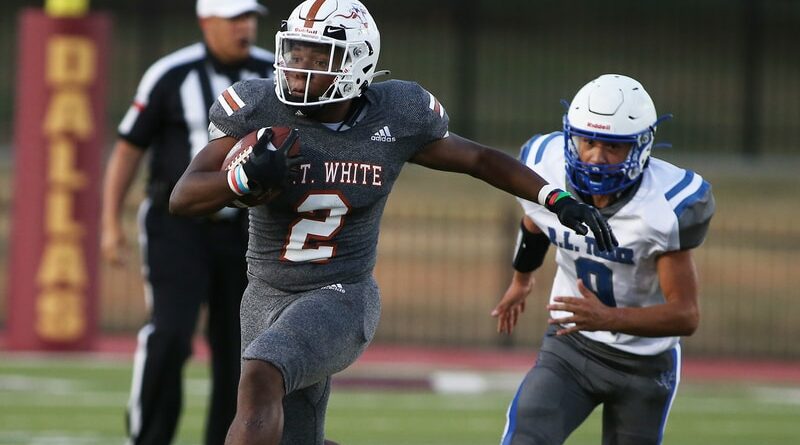 On both sides of scrimmage, W.T. White put on quite a show during its home opener on Thursday.

The Longhorns raced out to a 50-point halftime advantage and thumped struggling Carrollton R.L. Turner 64-0 at Loos Stadium.

The Longhorns (3-1, 2-0) won their third consecutive game overall and surpassed their 61-point margin of victory against the Lions (1-3, 0-2) last season. They should face a stiffer test next week at Woodrow Wilson.

(See a gallery of game day photos from this game.)

WTW racked up 500 total yards on just 34 offensive plays while rotating many reserves into the game early and often. A five-touchdown barrage in the second quarter made the score 50-0 at the break.

Jaydyn Sisk tossed four touchdown passes in relief of starting quarterback Jason Salinas, who threw for a pair of scores and also caught a touchdown pass from Sisk.

Other statistical standouts included Daviawn Bishop, who reached the end zone on three of his five touches. He accounted for 184 all-purpose yards, including an 86-yard touchdown reception.

Meanwhile, the WTW defense limited Turner to 40 total yards, most of which came on the final drive of the game. The Lions reached the WTW 7-yard line before fumbling.