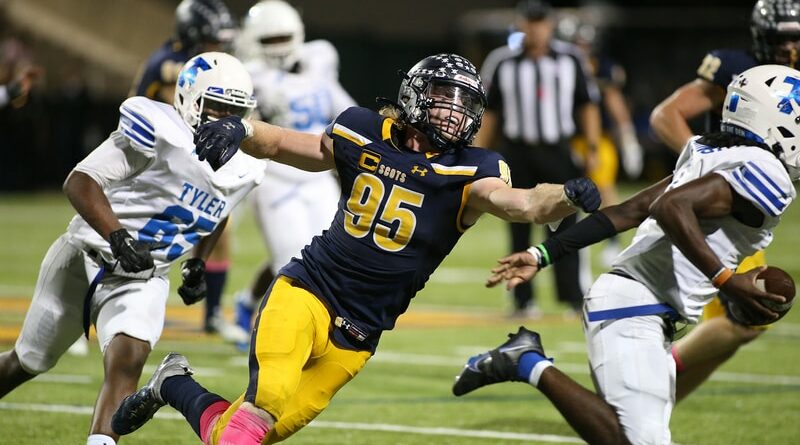 On paper, Highland Park should be able to coast through its final two regular-season games and start focusing on postseason play.

However, for a team that’s been intensely focused on week-to-week improvement, the Scots aren’t likely to treat the next two weeks as a mere formality.

HP will have a chance to clinch at least a share of the District 7-5A Div. I title, as well as the league’s top playoff seed, on Friday during a road game against slumping West Mesquite. The Scots (7-1, 4-0) will wrap up the regular season on Nov. 5 at home against Wylie East.

Both the Wranglers (2-6, 0-4) and the Raiders (3-5, 1-4) have struggled in recent years while going through rebuilding phases, and each is eliminated from playoff contention. Their long-term goals involve what HP is seeking now — another deep postseason run with championship aspirations.

Meanwhile, the progression of the Scots during their seven-game winning streak has been striking, with the most recent example coming in a convincing 42-14 win over surging Tyler last week.

In that game, the Scots committed five turnovers but weren’t hurt by any of them. The potent HP rushing game reached the end zone six times, while the defense held Tyler’s array of speedy playmakers in check.

HP now has 20 rushing touchdowns this season (led by nine from Christian Reeves) and 18 passing touchdowns — all thrown by Brennan Storer, with John Rutledge owning a team-high seven scoring receptions.

The Scots have averaged more than 50 points per game during the last two weeks, and fast starts have been a recurring theme in both lopsided margins. They’ve outscored the past two opponents by a combined 49-7 in the first quarter.

If HP is able to clinch its seventh consecutive district title, it would meet the No. 4 seed from District 8-5A in the bi-district round of the playoffs, likely either New Caney or Magnolia.