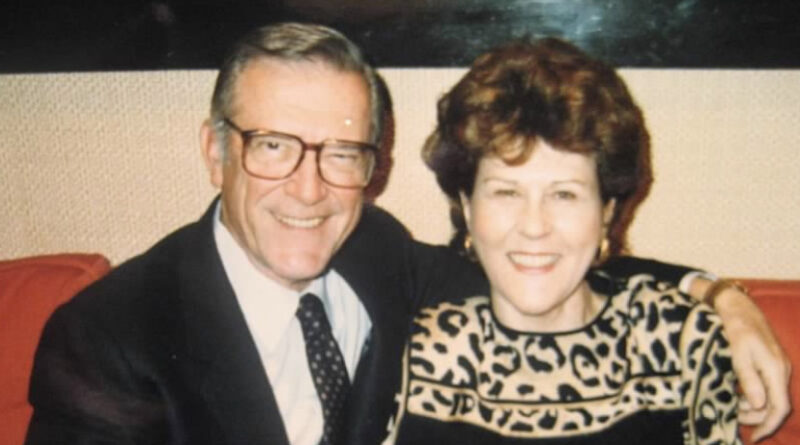 How do you top a driveway celebration for a Highland Park High School alumnus’s 99th birthday?

Surprise Don Iglehart again a year later, but this time with guest musicians in his driveway.

The Highland Park High School drumline, the Lads and Lassies singers, family, and friends gathered Aug. 24 for birthday cookies and snow cones on the centenarian’s birthday outside Iglehart’s home on Stanhope Street, where he’s lived since 1983.

“I was impressed,” Iglehart said. “I really enjoyed it.”

His granddaughter, Amy Dodson, who he helped raise, downloaded the photos and videos from the 100th birthday party afterward, and he showed them to friends at the Dallas Country Club, where he enjoys meeting for lunch each week.

“Back on his 99th (birthday) … we did a driveway celebration, and I started thinking then,” Dodson said. “He’s, in fact, the oldest alumnus. How fun would it be to have the drumline come?”

Boyd then arranged for the drumline and singers to perform.

“Imagine my delight when I actually saw the drumline rounding the corner and saw the Lads and Lassies,” Dodson said. “It all came to fruition. I’m so happy because I know how much he loves music and jazz and appreciates all the people,”

Iglehart first moved to University Park when he was 14 and graduated from Highland Park High School in 1939.

“I had known who she was for a long time, but I’d never spoken to her,” Iglehart said. “When she finally approached me, we hit it off and ended up getting married.”

The couple had two children and were married for 68 years before her death in 2010.

“Once I met my future wife, she’s the one that really made the difference in my life and brought me out into the open because everybody loved her,” Iglehart said.

Iglehart also served in the military in his early 20s.

“I went into the U.S. Navy and spent time on a minesweeper in the west Pacific,” Iglehart said.

After his service, he got his chemical engineering degree from the University of Texas and went to work with Procter and Gamble.

He still enjoys playing solitaire and jokes, “I call it solitaire engineering.”

Architecture Could Be Pivotal Bond Issue