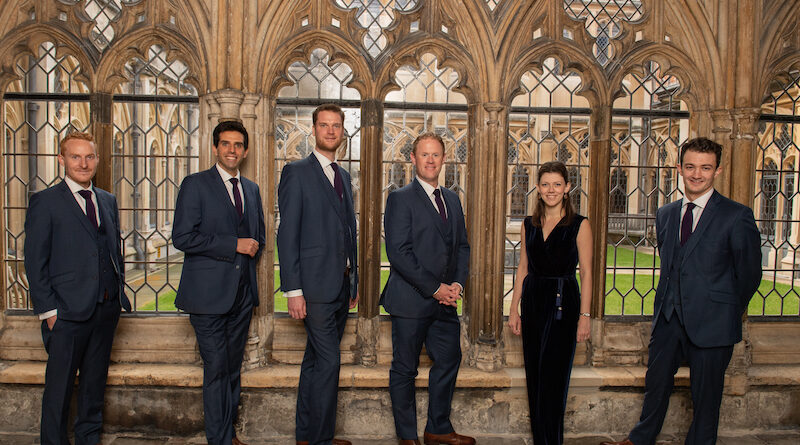 The Queen’s Six will perform at Church of the Incarnation Sunday.

The Queen’s Six was established in 2008, the 450th anniversary of the accession of Queen Elizabeth I, for whom they’re named.

Based at Windsor Castle, members of The Queen’s Six make up part of the Lay Clerks of St George’s Chapel. The Chapel Choir, which consists of boy trebles and twelve professional adult singers, performs some eight services a week, as well as at private and state occasions.

Their repertoire extends beyond the reach of the choir stalls: from austere early chant, Renaissance polyphony, madrigals, and folk songs, to upbeat jazz and pop arrangements.

The Queen’s Six has sung at a number of festivals and venues, including the MET Cloisters in New York City, the Salzburg Bachgesellschaft, the Bermuda Festival, Bayreuth’s Margravial Opera House, and St Louis Cathedral Basilica.