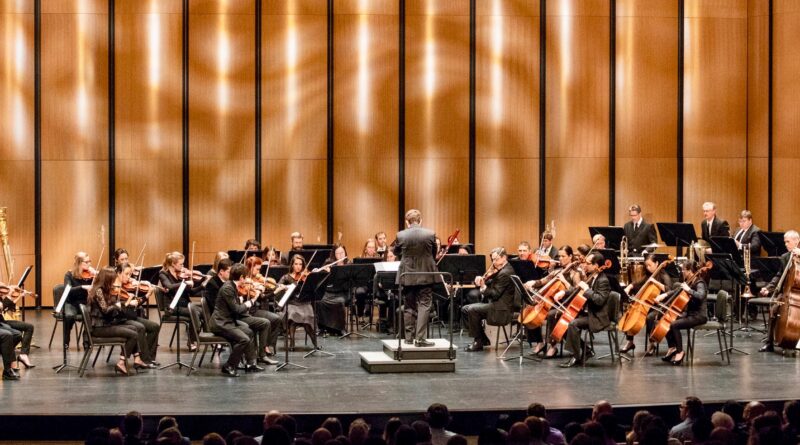 There is still time to get tickets for the Dallas Chamber Symphony’s presentation of Shostakovich: The Chamber Symphonies slated for March 15 at 7:30 p.m.

Artistic Director and conductor Richard McKay will conduct the Dallas Chamber Symphony in an evening of music by Alexander Borodin (1833-1887), and Dmitri Shostakovich (1906-1975). The concert will feature music from each composers’ string quartets adapted for full-string orchestra. Borodin’s Nocturne, taken from his Second String Quartet, as arranged by Malcolm Sargent will begin the program, followed by Shostakovich’s Chamber Symphony Op. 110a and Symphony for Strings Op. 118a, as expertly arranged from the composer’s Eighth and Tenth String Quartets by Rudolf Barshai.

The orchestra’s presentation of the Chamber Symphony Op. 110a is especially topical given the ongoing conflict in Ukraine. The work was written in Dresden, where Shostakovich was to write music for the film Five Days, Five Nights, about the city’s firebombing in World War II. It is dedicated to the victims of war and totalitarianism and was considered by the composer to be his epitaph, in anticipation of what Shostakovich expected would be his personal and professional ostracization for reluctantly joining the Communist Party.

Tickets are $24-$54 each. Season tickets, subscription packages, and student and senior discounts are available. Tickets may be purchased online at www.dcsymphony.org, by calling (214) 449-1294, or in the lobby the night of the event. Doors open at 6:00 p.m.

As a Covid-19 safety precaution, masks are recommended and optional for audience members. No seating capacity limits are in effect at Moody Performance Hall.