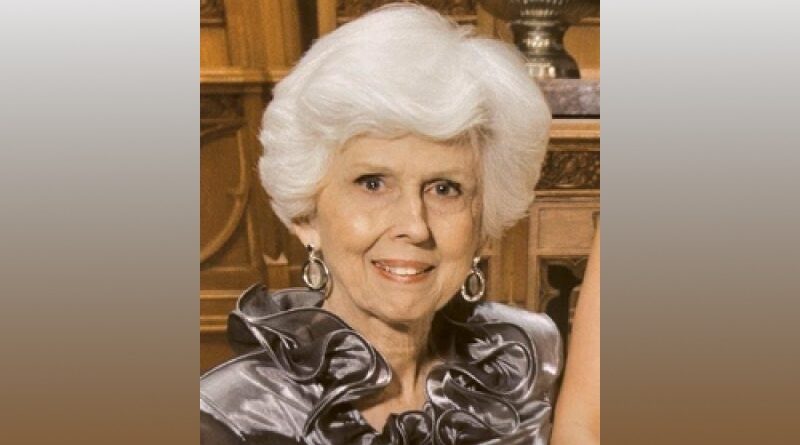 Ann Christine Daley McCartin, the wife of former Park Cities People owner and publisher Thomas R. McCartin, died on September 8, 2022. Mrs. McCartin was a longtime resident of the Park Cities and was closely associated with the newspaper from 1985 to 1988.

Mr. McCartin’s newspaper career brought the family to Dallas in 1981, when he served as The Dallas Times Herald’s publisher and chief operating officer until 1983. Before coming to Dallas, McCartin worked at the Los Angeles Times and The Washington Post. Tom and the newspaper world were the driving forces that moved the family all over the country, from California to NYC, every few years.

The oldest child of James and Albertina Daley, Ann was born on November 8, 1936, in Lima, Ohio. As a little girl, her family moved to the suburbs of Los Angeles, California, establishing her lifelong love of the beach and ocean waves and the ability to tap dance in the “Hollywood” era of Shirley Temple. There, she obtained her degree in Nursing and met her future husband and the love of her life, Tom.

Her children describe her as a formidable, fierce protector of the underdog and the disenfranchised, lover of the sick and the tired, selfless, strong work ethic, practical to a fault, and compassionate. She was a woman of strong faith and convictions, displayed through action, whether by her nursing career and the comforting of patients, her love of infants and strangers, or the legacy she created for her children, grandchildren, and great-grandchildren. Ann hated injustice and prejudice of any kind, and…cooking! She loved ice cream, reading books, fireworks, Halloween costumes, and being surrounded by the chaos of a large, loving family.

Dementia, in some ways, took their “Nana” many years ago, but Ann never lost her compassion for others and her focus on acts of service. The caring staff of “The Preston of Park Cities” share endless stories of her “making the rounds with them at night and checking on the needs of other residents.” Just two weeks before her passing, Ann left her group on a Memory Care field trip to get ice cream to pat the back of an upset young boy whose head was bowed on his table. Afterward, his mother gave her a big hug and said, “thank you!”

A Catholic Funeral Service to celebrate her life was held on Tuesday, September 13, at 10 am at Sparkman/Hillcrest Funeral Home Chapel. Being a lifelong nurse, in lieu of flowers, please consider a donation in Ann’s name to The Visiting Nurse Association (VNA). https://www.vnatexas.org/

Please share fond memories and expressions of sympathy at www.Sparkman-Hillcrest.com for the McCartin family.