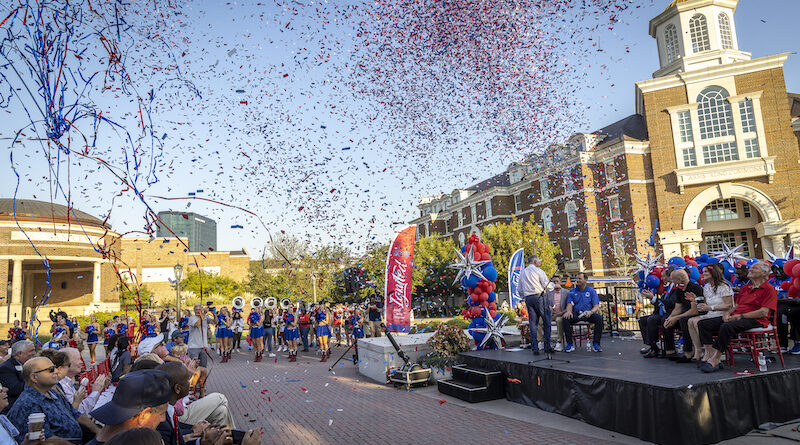 SMU may not have kept the Iron Skillet, but SMU alumni couple Bill Armstrong and Liz Martin Armstrong announced they earmarked a $15 million gift toward the Garry Weber End Zone Complex at Gerald J. Ford Stadium during a pep rally Sept. 23 ahead of Saturday’s SMU-TCU rivalry game.

Groundbreaking for the expansion and improvement project is scheduled for early December.

The drive for the end zone complex was launched in January 2022 with a $50 million gift from the Garry Weber Foundation, established by former Mustang football letterman Garry A. Weber. The Armstrongs’ gift supports SMU Athletics through facilities and programmatic offerings. Since 2013, SMU Athletics has invested more than $250 million in facilities across campus.

“We’re proud to invest in the bright future of SMU Athletics, which brings the highest level of collegiate competition to Dallas and prepares student-athletes to be champions in their pursuits on the field and throughout their lives,” Bill Armstrong said.

“We are excited about the future of Mustang football and look forward to seeing how what happens on the field inspires great things in the lives of student-athletes and others in the years to come,” Liz Martin Armstrong said.

The Garry Weber End Zone Complex will connect the stadium’s existing east and west gate entries. Its three levels will include new locker rooms, a weight room, meeting rooms, a full-team auditorium, and a kitchen and training table to support all 484 SMU student-athletes. The new facility will also house football coaches, support staff, and video and recruiting services. Read more about the complex here.

“Bill and Liz Armstrong are bolstering the future of SMU and will leave a lasting impact in North Texas and beyond,” said SMU president R. Gerald Turner.

The couple met as geology majors at SMU and married in 1984. Together, they propelled a startup into Denver-based Armstrong Oil and Gas, an energy exploration juggernaut; founded the award-winning Epoch Estate Wines; and established The Armstrong Foundation, which focuses on arts and education philanthropy.

In 2011, the couple helped create a new home for SMU student residents by committing the leading gift to a new residential commons complex. A 2018 gift established the Armstrong Fieldhouse within the SMU Indoor Performance Center, providing the university’s student-athletes with state-of-the-art training and practice facilities.

Bill and Liz Armstrong were honored with SMU’s Distinguished Alumni Award in 2021. Their investments across the campus reflect their continued commitment to enhancing the student experience. A passion for ballet led them to fund the Armstrong Visiting Artist-in-Residence in Ballet at Meadows School of the Arts during the 2020–21 academic year, and they have also endowed a Dedman College Scholarship.

Continuing their support of SMU Athletics, the couple recently helped launch the Vision 2025 Football Support Fund, an ongoing fundraising drive to continue growing the impact of Mustang football through 2025. 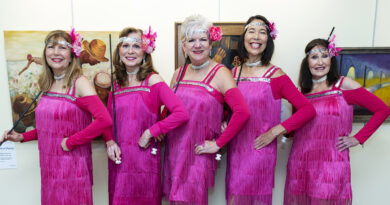 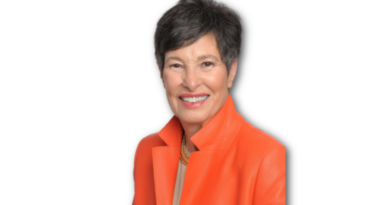 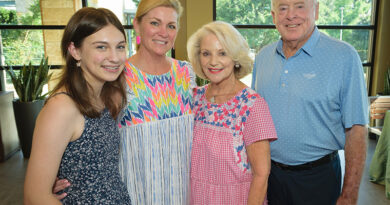