Those of you who are regular readers are familiar with the police blotter in the paper where we give brief details of crimes that occurred during the previous week in your neighborhood. These blurbs exist to make you aware of the criminal happenings and misdoings where you live, and they also exist to amuse you, because some of these crimes are just, well, special.

I’ve only been at the paper a couple of weeks, but I’ve already encountered a couple that have made me scratch my head. Like this week’s skulduggery, where a University Park resident reported that more than $21,000 worth of gold and silver tongue and toe rings had been stolen from him. What?

Perhaps most interesting, however, was the fact that he believes the items were stolen between April 2009 and November 2012. That’s a pretty big span of time. How does one go so long without knowing that such a large quantity/value was stolen from you?

Which leads me to another observation and question. Since I’ve started doing these reports, I’ve noticed that it’s not uncommon for Park Cities residents to report crimes months after they actually occurred. In last week’s paper, a woman reported a car vandalism that had occurred in August. She even knew the exact date, location, and time frame  it had taken place in, but she didn’t feel the need to report it until three months later, at which point it’s basically way too late to do anything about. Another woman in this week’s edition reports missing/stolen property that happened on a specific date in April. This seems to be a pretty regular occurrence in this area, reporting offenses long after they’ve  taken place.

Why is that? I’m obviously new to covering this area, so Park Cities residents, weigh in! Maybe you can shed some light on this for me, because all I know is that if/when something police-worthy happens to me, I’m reporting it ASAP.

For the above and more informative and entertaining crime reports, check out the police blotter every week in your paper! 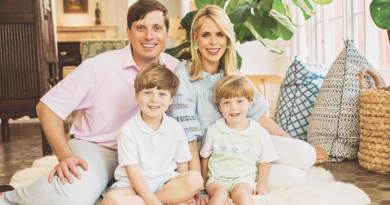 Parenting Problems? The Rabbott Company Hops to the Rescue