W.T. White extended an incredible streak this season with its 34th consecutive playoff appearance, but the Longhorns were eliminated on Saturday in the Class 6A Region II bi-district round.

WTW was swept by Mesquite, including an 8-1 defeat in the finale on Saturday at Tillery Field. The Skeeters blanked the Longhorns 3-0 on Friday.

In other action, Jesuit cruised past North Mesquite in its postseason opener, winning 10-1 on Friday and 8-0 on Saturday behind a Kyle Muller no-hitter. The Rangers will face Belton in the area round.

In Class 5A, Mesquite Poteet swept Hillcrest, clinching the series with a 7-1 win on Saturday at Copeland Field. The Pirates took the series opener 6-0 on Friday. 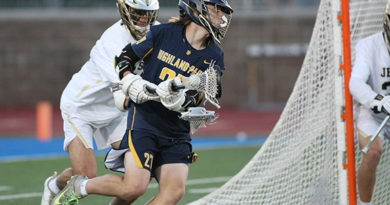 Jesuit Looks For History Against Cavaliers

Rangers Rally to Reach Second Round