The annual Crystal Charity Ball returns Dec. 3 at the Hilton Anatole and its fundraising legacy is getting bigger than ever.

“We didn’t raise near the amount back then that we do now,” 2016 ball chair Christie Carter said. “It’s grown so much over the years.”

Donors have contributed more than $130 million since the ball’s inception in 1952. This year’s total sum of $5,650,258 will be split among seven local children’s charities.

“The Crystal Charity Ball was designed to be a vehicle to raise money for children’s charities in Dallas,” Carter said.

In order to be selected as a beneficiary, a charity must first meet a few basic qualifications: it must use the funding for projects and services in Dallas County and have served Dallas County children as a 501(c)(3)-designated nonprofit for three years prior to application.

Around 40 or 50 charities apply and go through a four-month vetting process.

“Delloite, one of our many philanthropic partners, donates its services to review the financial documents we require from the agencies requesting funding,” Carter said. “It gives [our donors] a stamp of approval that we’ve had their finances looked at.”

According to Carter, the vetting process is important because of the enormity of the donations; Crystal Charity donates amounts typically ranging from $400,000 to $1.5 million to individual nonprofits.

“We like for our gift to be a significant impact to these agencies,” Carter said. “For some of these smaller agencies, they can be a transformational gift because the money provides for a variety of opportunities in that we bring them a whole new set of donors they have otherwise not been exposed to.”

The money does not come at an easy pace. The 100 annual members of Crystal Charity Ball work year-round reaching out to donors and raising the money that is awarded every April.

“We never stop looking for new donors,” Carter said. “But we are very lucky to have such incredibly loyal donors year after year.”

While Crystal Charity Ball is not able to comment on why a specific agency is selected, Carter said the 100 committee members vote on who will receive funding for the following year.

“It is completely up to the members to vote for which cause they feel is the most compelling that year,” Carter said. “We wish we could fund them all, as each application is so important to us.” 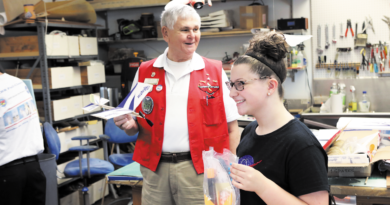 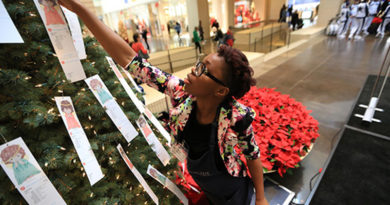 Fort Worth Show of Antiques and Art