With a first-place showdown looming on Friday, Highland Park is still unbeaten in District 15-5A following a 64-49 victory over Royse City on Tuesday.
Morgan Smith paced the Lady Scots (15-7, 6-0) with 19 points, while Eve Loewe added 17 points and Mary Margaret Roberts had 10.
On Saturday, HP rolled to a 70-29 win over Forney in a game the Lady Scots led 36-10 at halftime. Eleven players scored for HP, led by Smith and Loewe in double figures.
On Friday, the Lady Scots will wrap up the first half of the district schedule at Wylie East, with the winner taking over sole possession of the 15-5A lead. The Lady Raiders also are unbeaten in league play.
Share this article... 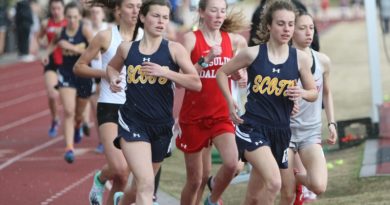