In a seesaw game, Highland Park suffered its fourth straight loss 5-4 against Plano on Thursday in the AT&T Metroplex High School Hockey League.
The Scots (1-12) held a 38-26 edge in shots on goal but Plano broke a 3-3 tie with two goals in a five-minute span early in the third period. Goal-scorers for the Scots included Nick Lazzaro, Jack Bush, Joseph Reynolds, and Rahul Maganti.
Next up, the Scots will face Frisco on Jan. 26 at Dr Pepper StarCenter in Plano.
Share this article... 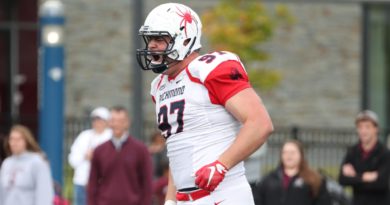