SKULDUGGERY OF THE WEEK: #BASICNESS

A North Dallas shoplifter must have been looking to tone down his or her wardrobe by stealing some clothes at The Gap at the Preston Oaks Shopping Center. Much like the clothing brand’s failed “Dress Normal” campaign, the thievery wasn’t super successful and police were called in to investigate around 1 p.m. April 16.

Sometime before 4:15 a.m., the front door of Hillcrest Nail Spa in the 8600 block of Hillcrest Road was burglarized.

Around 8:55 p.m. a woman was bitten by a dog while at the Plaza at Preston Center. No serious injury was reported.

The slide glass window of a home in the 4300 block of Northview Lane was damaged around 12:20 p.m.

Smashed around 11:22 a.m.: the passenger window of a vehicle parked in the 7100 block of Lakehurst Avenue.

Arrested at 11:43 a.m.: A 19-year-old man accused of shoplifting four iPhone X’s at the Apple Store in NorthPark Center.

Merchandise was reported stolen around 3:45 p.m. from Nordstroms at NorthPark Center.

Arrested around 7:50 p.m.: a 38-year-old man accused of shoplifting at Dilliards in NorthPark Center.

The hubcaps from a vehicle parked in the 5600 block of Amherst Avenue were stolen before 9:13 p.m. 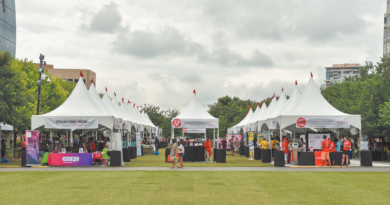