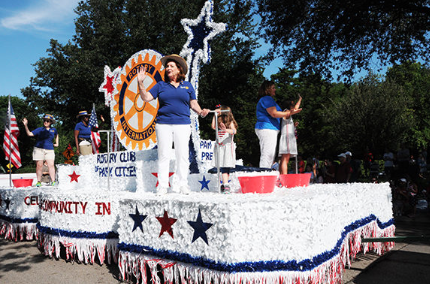 A familiar story many new members of the Rotary Club of Park Cities tell involves deciding to join, in part, because of the 4th of July Parade.

“We have a myriad of different club activities, but the parade is No. 1,” Roy Washburn explained. “It also gives our club exposure in the community like no other event.”

Washburn, a dentist, served as the club’s parade chair through seven July Fourths after convincing Rotarians to take it on beginning with the 2003 celebration.

One of his wife’s sorority sisters had approached Washburn about Rotary taking over for the Exchange Club, which organized the 1999-2002 parades.

“Quite frankly, they were having trouble keeping the manpower up to man the parade,” Washburn said.

Former parade co-chair Kirk Dooley, who handed off the celebration after 1998, estimated the Exchange Club had fewer than 20 members with five doing most of the work.

Manpower wouldn’t be a problem for the Rotarians, who agreed with Washburn: “This is a natural fit for our club.”

Volunteers judge entries, coordinate with government; make sure cars, floats, horses, and cyclists line up properly; organize Goar Park booths, and patrol to keep candy-chasing children from getting run over.

“It’s a labor of love,” Washburn said. “The sign up list is bigger than any other event that we do.”

Good taste is key, he said, so club members work to limit politicking and commercialism and make sure everything distributed from booths in Goar Park remains free.

Paul Gleiser, who co-chaired the parade in the 1990s with his then wife, Iris Bradley, credits real estate professional Ellen Terry with starting the tradition of businesses giving away beverages, food, and trinkets. Terry decided to hand out thousands of cups of lemonade to those arriving in Goar Park.

“One of the things that Iris and I had to police was businesses seeing the Park Cities parade as an opportunity to capitalize on the crowd and sell something,” Gleiser said. “Some were quite insistent, but we stood firm: nothing for sale. Either give it out for free in return for the PR and goodwill or don’t come.”

The Rotarians have had other matters to police as well.

“Please no water balloons,” Washburn said. “No water guns. We had a grandlady who got shot in the eye with one of those high powered water guns.”

No barbecue grills either, he said, recalling a float with riders cooking over live coals. “The fire department just went nuts with that one.”

While the celebration has evolved, “it’s still family and kid oriented and block oriented,” Washburn said.

Brad Bradley has seen many a parade through the decades, including twice as grand marshal, once in the 1990s and again with the Rotarians last year.

“The weather is always good, there’s always a big crowd, there’s plenty to eat and drink,” he said. “It seems like the people, if they had any problems, they just wait until the next day to face them.”

Sahar Jamal contributed to these stories.

Help Me See The Lights 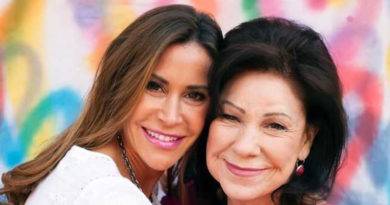