Only a handful of teams — 17, to be exact — have achieved the rare three-peat in Texas high school football.
Skip to content 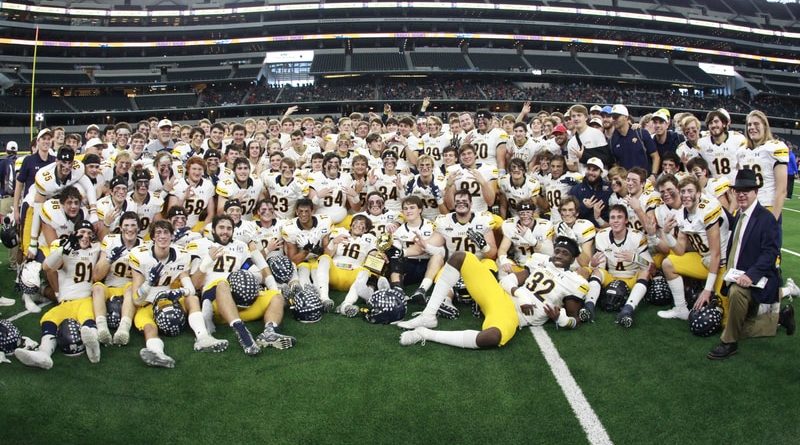 Only a handful of teams — 17, to be exact — have achieved the rare three-peat in Texas high school football.

Highland Park, the winningest program in state history, has an opportunity to join them this weekend. The Scots will face Alvin Shadow Creek in the Class 5A Division I championship game on Saturday.

HP has a few other milestones in play this week, too. Their sixth crown overall would move them into the top 10 among all programs in the state, two behind the leaders (Celina, Katy, and Southlake Carroll have eight apiece).

The Scots can extend their school-record winning streak that currently sits at 30 games. They can win the 108th postseason game in school history, climbing to fourth on that list. And their string of 17 consecutive playoff victories is the longest active streak.

Incidentally, only three schools have won four straight state championships, and only Lake Travis has won five in a row, something it accomplished from 2007 to 2011.

More than half of the three-peat achievers have accomplished the feat in the 21st century. Here’s a complete list, with the responsible coaches.