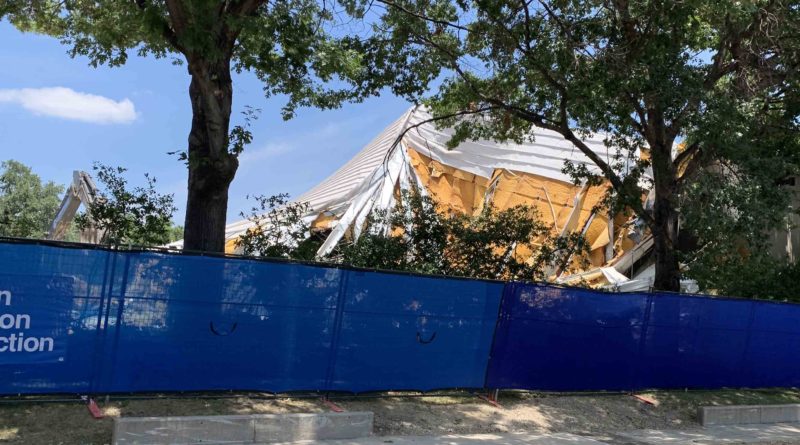 The tennis building at the Dallas Country Club is coming down.

Demolition crews have installed screening around the building on Mockingbird Lane and torn down much of the facility already. (Photo by Tim Glaze)

Plans for replacing it with one that could include rooftop courts and an aerial bridge have been in the works for months.

The Highland Park Town Council in January amended the Country Club Zoning District to allow for a taller building to go up as much as 17-feet closer to the north side of Mockingbird Lane than the one there now and also tentatively approved an aerial easement for the bridge, conditioned on a review of final designs for the project. 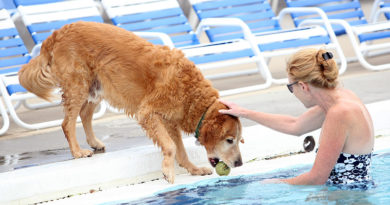