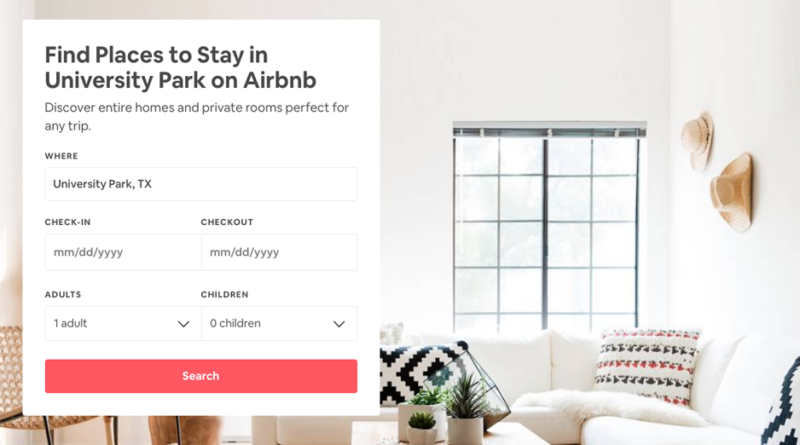 In January, two residents in the 3700 block of Granada Avenue were none-too-pleased with a home in their neighborhood being used as an Airbnb rental. The duo approached council members during public comments to plant the idea of revisiting the city’s lack of an ordinance dealing with such issues.

“We don’t know who our neighbor is anymore,” a homeowner told the council, expressing concerns with traffic, guests parking in front of homes and driveways. “It makes for a harrowing experience.”

After years of residents complaining about short-term rentals in their neighborhoods, University Park city council members are expected to vote on an ordinance that prohibits them.

The proposed ordinance is a big change to the council’s previous decisions to urge residents to be active with the local police department with concerns that can be addressed through current ordinances, such as parking, noise, and trash.

The council will discuss the ordinance tonight during their 4 p.m. public work session and are expected to vote on the measure at their 5 p.m. meeting.

According to a memo written by community development director Patrick Baugh, “the number of concerns and complaints regarding short term rentals has precipitated action to determine if any action should be taken to regulate this use.”

The Zoning and Development Advisory Committee discussed the issue and recommended that the prohibition would be easier than regulating the abuse anticipated.

In the proposed ordinance, it states that short term rentals are “not suitable” for University Park neighborhoods and pose a risk of increased public nuisances, disruption of neighborhoods, and additional enforcement-related issues.

Those who violate the ordinance may face a fine up to $500.

4th Grade Graduation Getting to You?