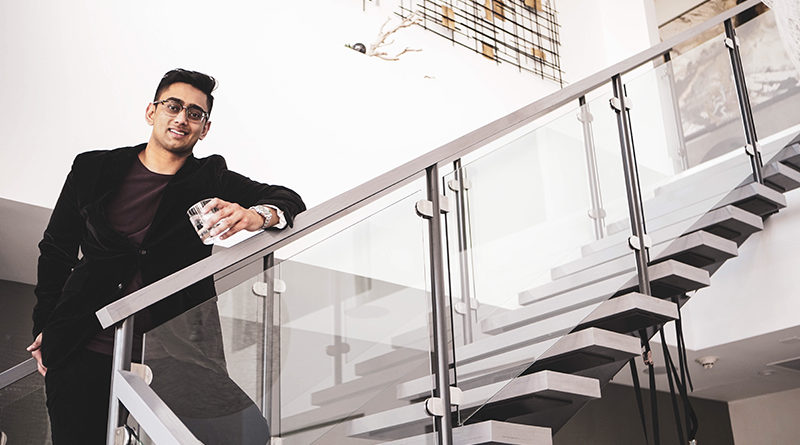 Yash Sutaria was 19 when he launched his first successful business, Greek Socials, an event planning company.

Within a year, he made his first million and went on to launch his second business venture, an apparel line called Fat Bear Agency.

What many don’t know about him, the 22-year-old said, is that before there was success, there were multiple dead ends and failures. He saved up $5,000 working at a call center and then invested it.

His past ventures failed because he was more focused on making money, but once he focused on doing what he liked and providing good services, his business took off, he said.

What started as an event planning venture for sorority and fraternity parties soon grew into a more wide-spread concierge party planning services. From finding a venue, catering, to DJ’s and providing transportation, Greek Socials has it all.

“It’s about being able to learn from your failures and getting right back up and doing it again and again, and you end up doing something special.” -Yash Sutaria Sutaria started off working more than 100 hours a week, acting as the CEO as well as bookkeeper and doing it all by himself.

It was a learning experience because he didn’t have a mentor.

“At first, my family was really skeptical,” Sutaria said. “I lost a lot of friends in the process because I was working so much.”

Sutaria said it was hard dealing with losing people and being busy. He was struggling with school as well.

Now he takes time off on weekends, has more staff, and is enrolled in school part-time, he said.

His fun time involves playing video games to get his mind off work and working out, he said.

His inspiration lies in making a difference in the world.

When he was first planning his business, he worked out of a coworking space which really helped him, and he wanted to give back and help other start-ups and young entrepreneurs build their businesses, he said.

He hosts monthly meetings with the tenants of the coworking space to offer them advice and assistance.

“My biggest thing is persistence,” Sutaria said. “When you first start a business, you’re gonna fail many times. It’s about being able to learn from your failures and getting right back up and doing it again and again, and you end up doing something special.”