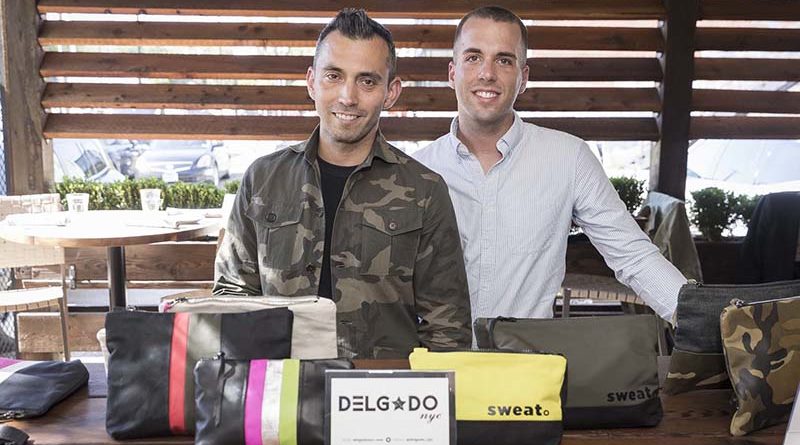 Growing up in the small Texas coastal town of Port Lavaca – about a two-hour drive from any recognizable map point south of Dallas – Jerry Delgado craved for the days he’d live in a big city and work in the illustrious world of fashion.

After graduating from the University of Texas at Austin, he followed his dream to New York City, where he took a job at an ad agency. Commuting was a big part of his life in Brooklyn, and Delgado quickly realized that “if you wanted to do anything in the city, you needed a bag.”

But he still had a problem.

“Regardless of the bag, I always found myself digging for lost lip balms, keys, or AirPods,” he said. “I spent hours searching the internet to find something that would organize my life’s necessities, but the options I found either lacked style or quality. I decided that if I wanted a stylish way to organize my essential junk, I would have to create it.”

“Regardless of the bag, I always found myself digging for lost lip balms, keys, or AirPods.” -Jerry Delgado

Using a sewing machine his mother gave him for Christmas and a pair of his partner’s old jeans – plus a whole lot of time on Pinterest and YouTube – Delgado stitched together a bag. The resulting product has sparked an entire line, including totes, clutches, and the trendy chest or waist bag – please, he said, don’t call it a fanny pack.

Delgado and his partner, Christopher, relocated to the Park Cities late last year, bringing with them the manufacturing for their essential bag line.

The designer’s youth in south Texas and adult life in New York City inspire DelgadoNYC. Details of Dallas, especially the lush greens seen in the Park Cities, can be seen in his fall line.

Delgado and his partner said the move to Dallas would allow the company to expand into more retail spaces. Select designs are for sale at Vintage Martini on Henderson Avenue, and individually crafted pieces are available online at DelgadoNYC.com.

“One of the reasons we did move here was because we thought this was a good fit to expand locally,” Delgado said.